All Jokes Aside.. Comedy Nights Return to the Island

Home » Blog » Entertainment » All Jokes Aside.. Comedy Nights Return to the Island

The return of cold weather is certainly no laughing matter, but the return of “Comedy Nights” to Club Four One is definitely something to laugh about!
Comedy Nights make their official return to the Island on Sunday, October 5th at 7:00 PM. Held in Club Four One, Comedy Nights feature a different nationally touring comedian from the Bonkerz Comedy Club each week. Check out our list of upcoming comedians for the month of October along with their bios. 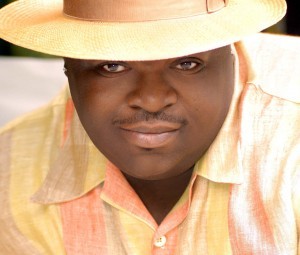 Oct 5  Coleman Green as seen on “Comic View” with Corey Alexander
Don’t miss the next comedian to emerge from Philadelphia’s comedy scene – Coleman Green. Follow Coleman’s edgy comedic adventures, as he unveils his life, loves, family and the world in a style that has audiences all over “cracking the hell up”. Coleman is definitely stardom on the rise.

Oct 12  Chris “Crazy Legs” Fonseca as seen on HBO & “The Late Show with David Letterman” with LA Lycan
What do you do with adversity? I laugh at it. For three decades, under the stage name, Chris “Crazy Legs” Fonseca I have had the thrill of sharing laughter with audiences. I was born with Cerebral Palsy, due to my mother dying during my birth, so my path has never been an easy one. Adopted by an elderly uncle and aunt, who spoke broken English at best, made the climb a bit steeper. I began doing comedy as a sophomore in college and was soon hitting open mics all around Colorado. After a very successful college journalism career, I did the logical thing. I started a comedy career. Quickly moving up in the comedy circles, I began touring in 1987, and in the ’90s, I began making appearances cable TV shows, The Arsenio Hall Show and The Late Show with David Letterman, and performed at the prestigious Montreal International Comedy Festival and the American Comedy Awards on ABC.  Oddly enough I even appeared on the hit series Baywatch. I have done numerous benefits alongside names such as President Jimmy Carter, Amy Grant and more. As a person with a disability, I have received recognition from many places. I got to perform at the Kennedy Center for President George Bush Sr. and George W. Bush for the 15th anniversary of The American with Disabilities Act, also performed on the ABC special “An Evening of Hope—Christopher Reeve”. I know it’s unusual to see a handicapped person up onstage, and if I do well, the crowd may get something out of it besides the laugh. But I’m not out there on any kind of a mission to promote disabled people and demonstrate what they can or can’t do. I’m a comedian, and I’m just trying to be funny. 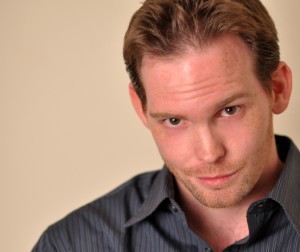 Oct 19  Patrick Garrity as seen on CBS & NBC with James Hodge
Patrick Garrity is comedic composer who has orchestrated symphonies of laughter with a versatility on stage that makes him an easy fit for any audience.  His cutting edge comedy and impressions combined with a great sense of timing and wit make Patrick a must see comedian.  Starting comedy at an early age, Patrick has developed into a veteran of the road.  His comedy has earned him a reputation as a talented comic with a bright future from club owners and audiences alike.  Patrick has appeared on NBC & CBS Comedy Night School.

Oct 26  Whodi as seen on “Comic View” with Chris Young
Whodi’s high-energy comedy, likable & outgoing personality, and his HUGE smile make him enjoyable to all audiences.  As he speaks on subjects such as his mom, ghetto cousins, kids, growing up in Mississippi, court, and other funny topics, you are guaranteed to laugh until you cry.

If you plan on joining us for Comedy Nights, be sure to arrive early as seating is available on a first-come, first-serve basis and Club Four One tends to fill-up fast on Sunday nights!