Brush Up on Your Entertainment Trivia.. Twitter Tuesdays Return January 2016! 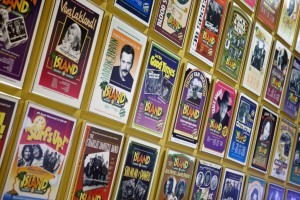 With even more dates added to our 2016 Headline Entertainment Lineup, you won’t want to miss out on your chance to win tickets to some of the hottest events of the year!
Each Tuesday during the month of January, the Island will be giving away three pairs of tickets to an upcoming show in the Island Showroom. On January 5th, 12th, 19th and 26th between 12:00 PM and 12:30 PM Eastern Time, the Island will be posting a question to Twitter that will be related to one of the upcoming acts in the Island Showroom. The first person to reply to the tweet with the correct answer will win a pair of tickets to that show.
For Example:
On January 5th, the Island will make an initial post to the effect of:

“The first person to reply to the next tweet with the correct answer will win a pair of tickets to see Rick Springfield on Friday, February 26th”

“What is the name of the character that Rick Springfield played on General Hospital?”

The first person to correctly tweet a reply to the question will win two tickets to Rick Springfield’s performance in the Island Showroom. Winners will be announced on Twitter and messaged with instructions on how to claim their tickets.
Participants of “Twitter Tuesdays” must be at least 18 years of age or older and may only win one pair of tickets during the month. Winners are not eligible to win another Twitter Tuesday promotion for a minimum of 60 days.
Start brushing up on your trivia now and we will see in you the New Year on Twitter!!