Be Astounded, Astonished & Amazed With Champions of Magic 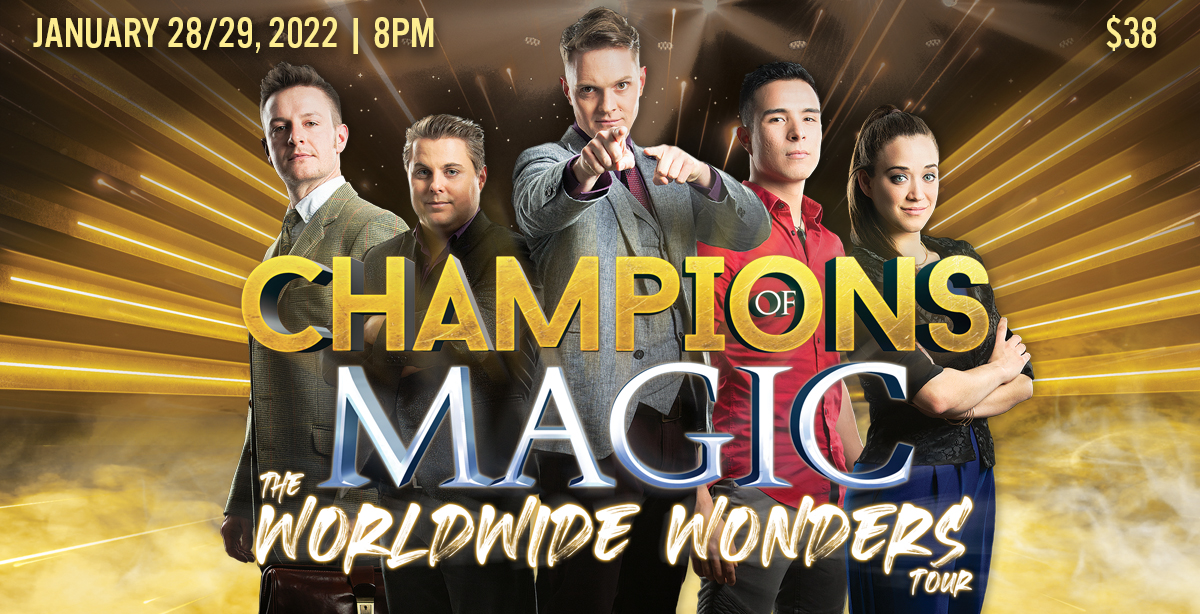 “Spectacular family show…take a seat and prepare to be astounded, astonished and amazed.”
—Heart Radio

When you see Champions of Magic in action, you’ll agree with these amazing reviews from top critics. Featuring five talented and experienced magicians, the show has sold out shows across the globe and has been featured on every major US TV network.

Champions of Magic features a cast of five incredible magicians, each with their own unique skill set: Young & Strange, Alex McAleer, Kayla Drescher and Fernando Velasco.

Young & Strange is a duo that has been performing magic together since they were 8 years old. Now, they wow audiences across the globe via online videos that receive millions of views.

Alex McAleer, a UK native, can read minds. No, really. And this ability has garnered him media appearances on networks such as Good Morning Britain and NBC’s Access Hollywood.

Kayla Drescher comes straight from the US and has won multiple awards, including Magician of the Year. She also won David Copperfield’s “Search for the Next Great Magician”. Kayla uses ordinary objects to create magic tricks you’ll have to see to believe.

You can check out the team that Magic & Mentalism Review calls the “Avengers of Magic” for yourself by enjoying these clips:

During the show, you’ll witness firsthand a wide range of illusions. It’s an interactive show featuring predictions, levitation and incredible escapes. Spectators come and enjoy Champions of Magic over and over again to witness illusions that can’t be found in any other show.

The best part about Champions of Magic is its ability to appeal to all ages. It’s a family-friendly show all can enjoy.

Learn more about Champions of Magic by visiting their website.

See Champions of Magic at the Island Showroom

Come witness the wonder of Champions of Magic at the Island Showroom. This is a family-friendly event, perfect for magic enthusiasts of all ages. You can grab your tickets by purchasing online, by phone or at the box office.