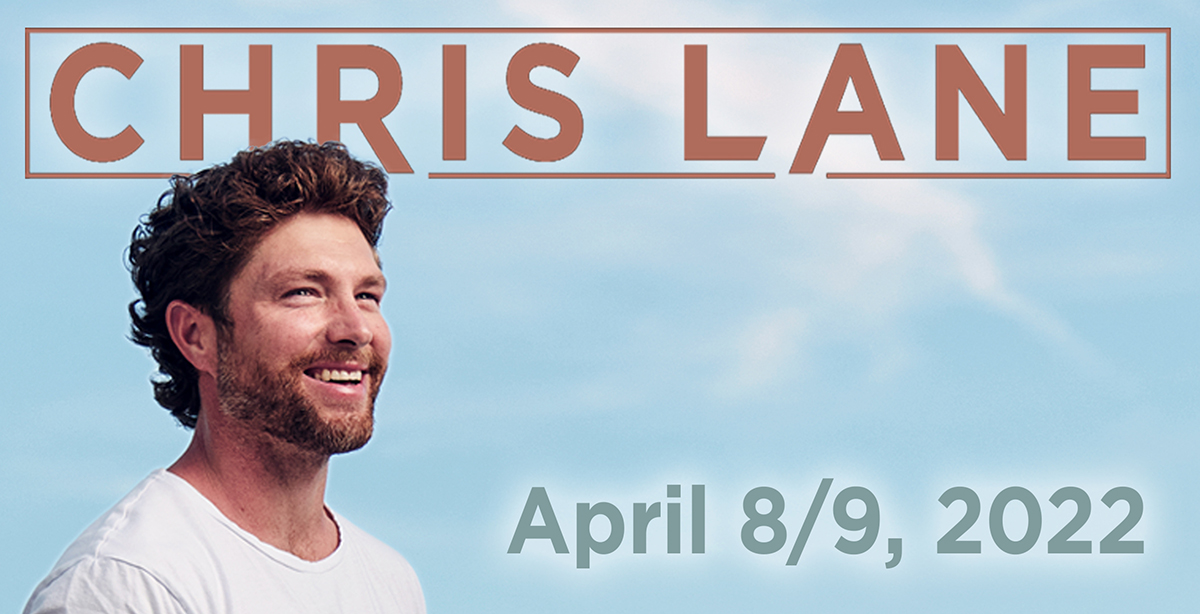 Get ready country music fans because one of country’s fastest rising stars is coming to the Island Showroom for two nights in April. I don’t know about you but we plan on singing and dancing all night when Chris Lane hits the stage on April 8th & 9th, 2022.

From Heavy Hitter to #1 Hit Maker

Chris and his twin brother Cory grew up in Kernersville, North Carolina. They were star athletes in high school and college until an injury sidelined Chris. His fate changed when he traded his baseball mitt for a guitar and taught himself how to play.

Chris quickly showed a natural aptitude for songwriting and auditioned for American Idol. He didn’t make the trip to Hollywood but that didn’t deter him. A year later, Chris was introduced to Seth England of Big Loud Mountain. Seth liked Chris’s demo tape and the rest is history. Chris left the green pastures of North Carolina for the music halls of Nashville where he began his recording career.

Fixed on Number One

In 2015, Chris had his first platinum-selling number one hit with “Fix.” Three years later his second #1 hit  “I Don’t Know About You” went double platinum. Three’s a charm and Chris’s third #1 hit was his biggest. “Big, Big Plans” was another double-platinum smash that became a sensation thanks to the music video in which he proposed to his wife Lauren.

Chris’s fame took him around the world, playing on stages with big stars like Florida Georgia Line, Kane Brown, Dan + Shay, and Brad Paisley. He made the rounds on late-night TV, performing for Jimmy Fallon, Seth Myers and Conan O’Brien. He also did a stint on The Bachelor and was chosen as one of People magazine’s sexiest men alive in 2019. Not a bad way to “Fill Them Boots” of a young superstar performer.

April may be a ways off but you know tickets for this one will sell fast. In the meantime, here are a few prime cuts to get you ready for the show:

Ain’t Even Met You Yet

I Don’t Know About You

See why Chris Lane has been nominated for iHeartRadio Music Awards, ACM Awards and Radio Disney Awards. This is country’s hottest young star at his best.

Learn more about Chris Lane by visiting his website.

Don’t drag your boots. Get your tickets to see Chris Lane at the Island Showroom this spring. It promises to be a heartfelt and energetic evening of great American music.