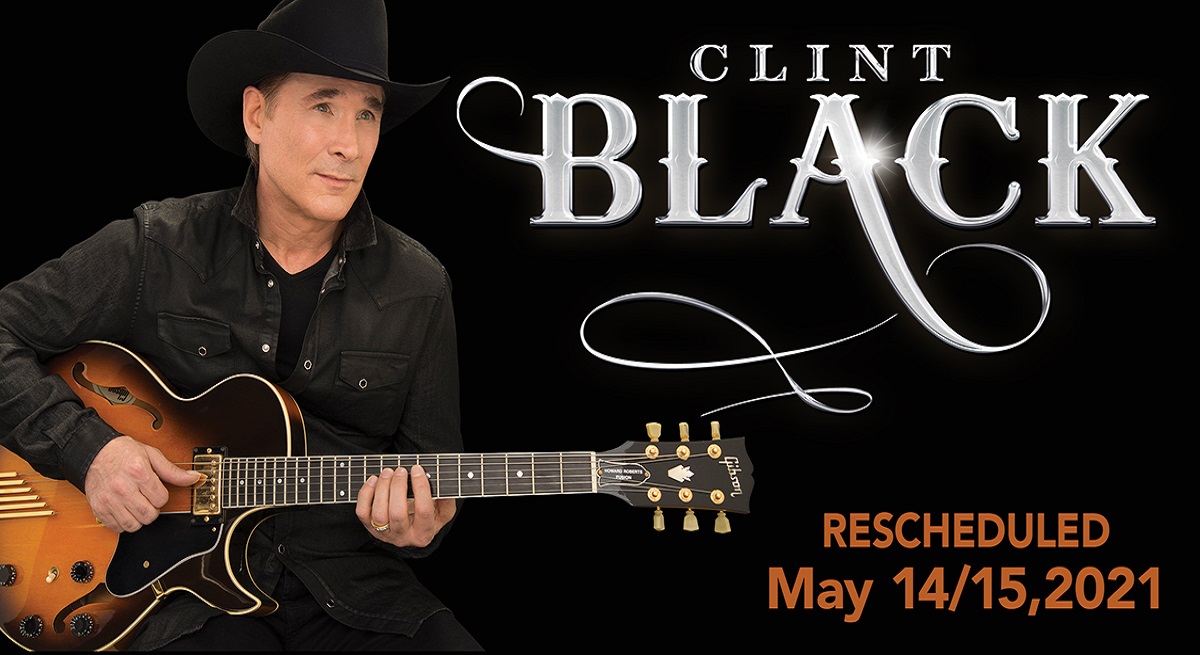 It’s been 30 years since Killing Time forever changed the country music landscape. Come celebrate this landmark anniversary tour with Clint and the band! The Island Showroom is excited to host two special nights with country legend Clint Black this May 14th & 15th, 2021.

Since breaking onto the scene as part of the fabled Class of ’89, Clint has proven himself to be one of its most consistent alum. Three decades later, Clint celebrates the release of his triple-platinum debut Killin’ Time—an album which yielded five #1 singles including “A Better Man”, “Nothing News” and “Walkin’ Away.”

Join Clint as he celebrates songs from this landmark record as well as 30 years of the hits that followed plus songs from his new record Still Killin’ Time, due 11/8/2019.

An Exceptional Songwriter Who Crafted His Own Sound

Clint is known for being a hands-on maverick in the country music world. He’s had a hand in penning most of his hits and always chooses the musicians he wants to back him up.

Despite selling over 20 million records, winning dozens of awards including a Grammy and earning a star on Hollywood Boulevard, Clint remains humble about the route he took and the achievements that followed:

“I would hear things like, ‘So-and-so is going to record, and they’re using their own band because you did.’ Or, ‘So-and-so wants to write more of their own songs, because you did.’ But I don’t feel like I changed anything, other than contributing my work to the big picture. It’s hard to look at myself and see the impact I’ve had. I do know that my songs have touched a lot of people.”

Before the show, crank some of Clint’s most beloved songs:

Clint’s voice and musical prowess shine through in each one of these classics.

Put Yourself in His Shoes This Fall

From his early days performing in Houston nightclubs with his brother Kevin to tours around the world, Clint Black has changed the face of country music. He’s worked with and inspired some of the genre’s biggest names like Tobey Keith, Alan Jackson, George Strait and Kenny Chesney.

Don’t miss your chance to kill time with one of country music’s most celebrated stars. Get tickets now for a special engagement with the legendary Clint Black at the Island Showroom.