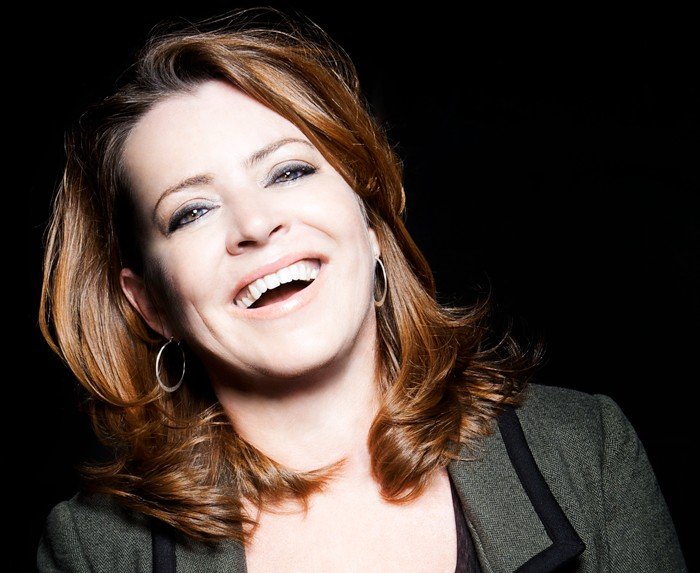 Comedian Kathleen Madigan brings her side-splitting Boxed Wine and Bigfoot Show to the Island Showroom for two performances, Friday, March 9th and Saturday, March 10th. Described as the wittiest woman doing stand-up right now, Kathleen is considered one of the funniest comedians of her generation, alongside Lewis Black, Brian Regan, and Jim Gaffigan. Star of Netflix specials, Comedy Central shows, plus multiple appearances on late night TV and much more, Kathleen cracks up audiences with her hilarious, irreverent comedy.

If you’ve never seen Kathleen in person or just want to remember how darn funny she is, we suggest you watch these routines before the show:

What Can You Expect From a Kathleen Madigan Show?

Surely, some of the hardest people for a comic to amuse are other professional comedians. Yet, Kathleen Madigan has them all in stitches. Just consider what some of show biz’s best have to say about her:
She is small, practical, and fun. She makes a lot of sense but not too much sense. Just enough to be hilarious. —Jerry Seinfeld
She’s the fun lady at the end of the bar with a lot of opinions and only half the information. She’s one of the best comics working today and one of my favorites and I’m not getting paid to say that. —Lewis Black

For more than 28 years, comedian Kathleen Madigan has been touring her standup routines, filming specials for Comedy Central and Netflix (among others), and making guest appearances on late night talk shows including the Tonight Show, Letterman, Conan, and Jerry Seinfeld’s series, “Comedians in Cars Getting Coffee.”
She has performed internationally at festivals and theaters, packing in audiences in Ireland, England, Hong Kong, Australia, and Montreal. Additionally, she’s won the American Comedy Award for “Best Female Comedian” and the Phyllis Diller award for “Best Female Comedian.” She’s also traveled and performed in multiple USO tours in both Iraq and Afghanistan. Lauded by top comics in the business as one of the best comedians on stage today, the Missouri native also advocates and raises money for Cystic Fibrosis and Autism.
Visit Kathleen’s website for more information.