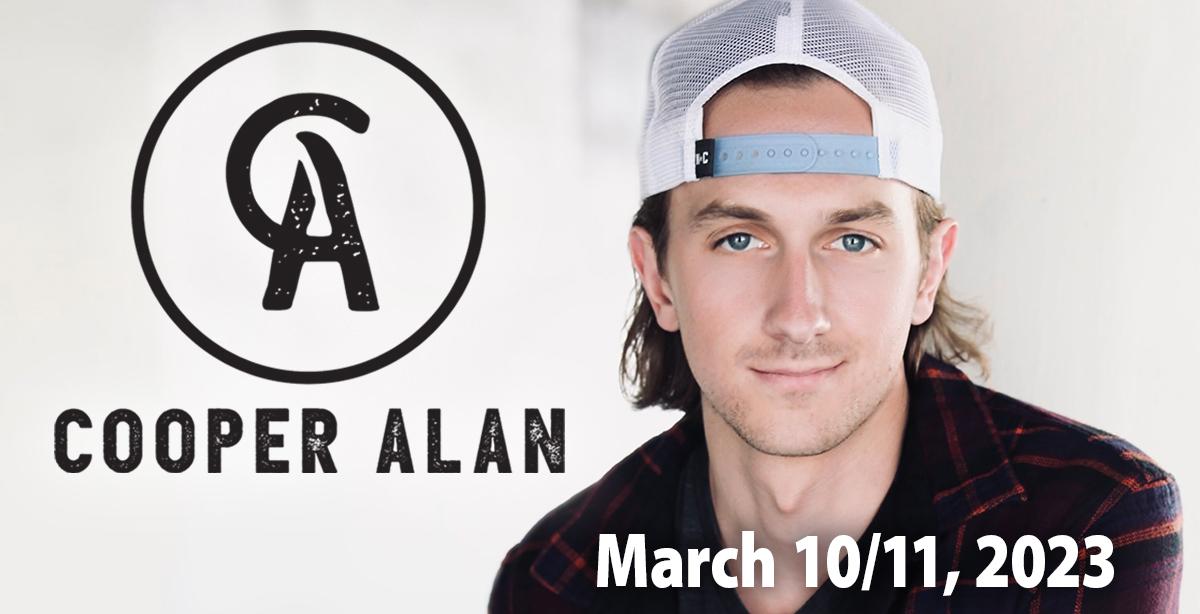 Get “cooped up” with country music’s next big thing by seeing Cooper Alan at the Island. On March 10th and 11th, 2023, Cooper will bring his infectious energy and unique country tunes to the Island Showroom stage. Get your tickets to see this up-and-coming country artist today.

From TikTok to Touring Across the Country

Cooper Alan has been singing and playing guitar for years. However, his recent success is the result of sharing his music on various social media platforms. Now, Cooper has over 10 million active followers on social media. Plus, his music has amassed over 100 million streams.

Originally from Winston Salem, South Carolina, Cooper moved to Nashville, Tennessee right after his high school graduation. He soon met music producer and hit songwriter Victoria Shaw who signed him within weeks to a publishing deal.

Now, Cooper spends his time touring across the country, playing his hit singles such as:

Cooper’s music is unique. While you may hear the traditional whine of a steel guitar, you’ll also experience heavy-hitting bass that makes you want to dance. He is proud to have written his own music as well as songs with other incredible artists such as Rivers Rutherford, Seth Mosley and Skip Black.

The “Next Big Thing” in Country Music

Due to Cooper’s success, Music Row Magazine named him a “Next Big Thing.” Cooper is a part of the younger generation of country music, working to take the genre to new heights. For example, he has toured with other up-and-coming artists, including Alexandra Kay and Thomas Mac who are also known for their social media success.

In 2021, Cooper started his own record label, Cooped Up Records. He has also sold-out numerous venues across the country and continues to do so through his Cooped Up Fall Tour.

Are you ready to dust those boots off and see one of country music’s newest and best artists? Cooper Alan will be coming to the Island Showroom early in 2023. Tickets for this show won’t last long, so grab them while you can!