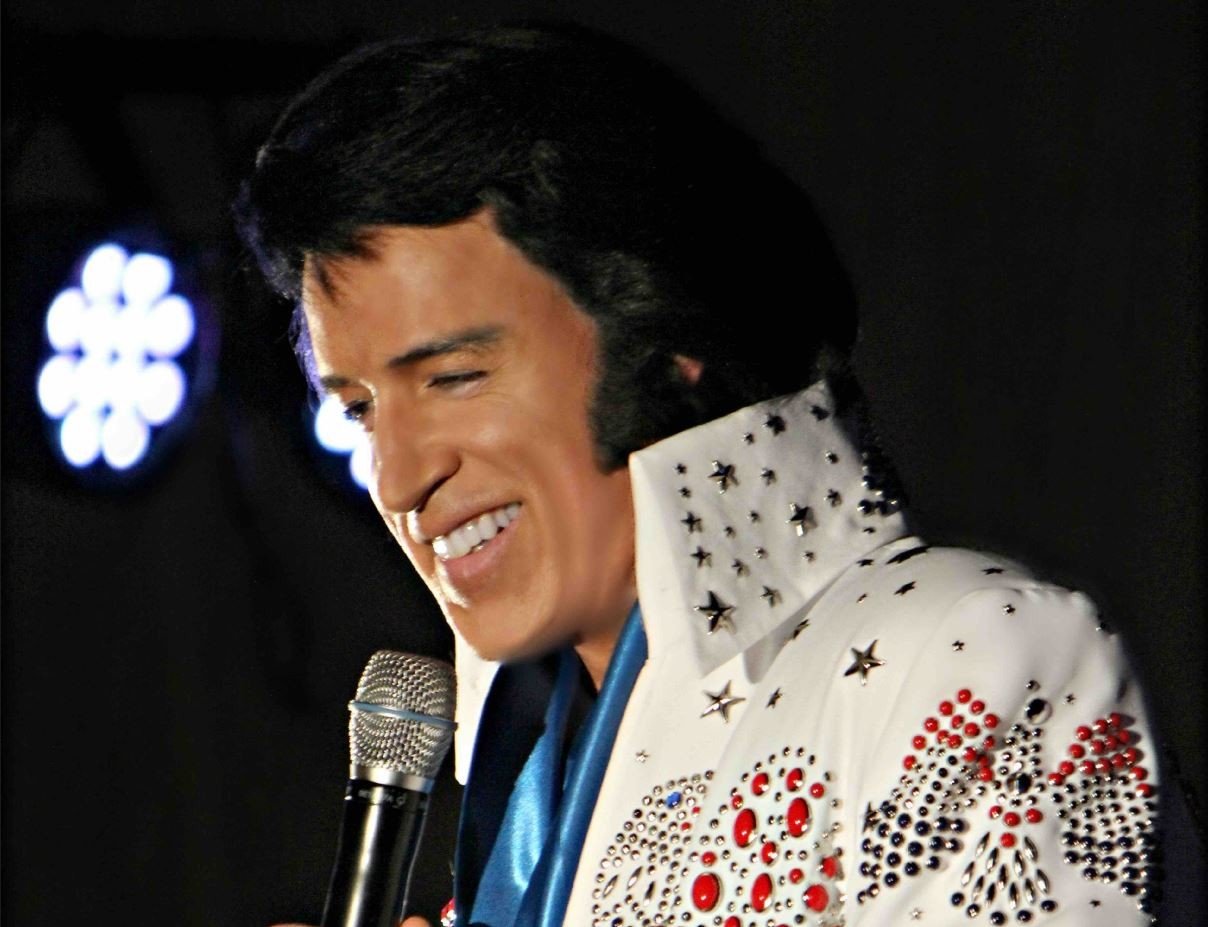 Known in the music industry and by fans as “The True Voice of Elvis,” Doug Church will bring his mesmerizing voice to the Island Showroom Stage. He’ll be with us for one performance only on Saturday, January 6, 2018. Playing with “EAS Band”, the official band of Elvis Presley Enterprises / Graceland,  Doug will shake up the room with his world-renowned Elvis tribute that’s so spot on, concert goers believe they’ve traveled back in time to see the King of Rock and Roll himself.

Can’t Help Falling in Love with these Songs

If you’re as excited as we are about this show, you’ll want to get ready for the concert by singing along to some of Doug’s greatest performances:

What Can You Expect From a Doug Church Show?

Doug Church delivers a powerful performance filled with energy, glittering costumes, and a true-to-life Elvis singing style that has left audiences around the world with goosebumps. Doug’s fans can’t help falling in love with his music:
Saw him four times already and will go see him over and over again. He is the BEST Elvis impersonator. If you close your eyes and you hear him sing you really think he’s the real Elvis. He puts on a great show. If you’re an Elvis fan, you have to go see Doug Church. He is awesome!!!—Roxanne
I have seen Doug Church perform in the UK a few times & he is the King! Cannot wait to see you again Doug. Sending love from the UK. —TJ

Doug Church got his start in the US Air Force where, with his guitar and home-made costume, he began winning talent contests with his flawless renditions of the King of Rock and Roll. After leaving the service, Doug went on to enter the Worldwide Elvis Impersonators contest at Bad Bob’s Vapors in Memphis, walking away with first place and the title of “The World’s Best Elvis Tribute Artist.”
Performing worldwide, from Denmark to Germany, Spain to the US and Canada, Doug brings the King to life with his vibrant performances, stunning voice, amazing costumes, and often, a full symphony/pop orchestra.
The “True Voice of Elvis” has been honored with multiple awards for his homage to the Rock Icon, including 2015 ETIA Vocalist of the Year, Ultimate Elvis Preliminary Champion, Heart of the King Lifetime Achievement Award (Las Vegas), King of the World Contest Lifetime Achievement Award (Memphis), Images of the King Lifetime Champion Award, as well as induction into the Elvis Tribute Artist Hall of Fame, along with many others.
Visit the Doug’s website for more information.