Everything Old Is Nu Again With Sevendust

Home » Blog » Entertainment » Everything Old Is Nu Again With Sevendust 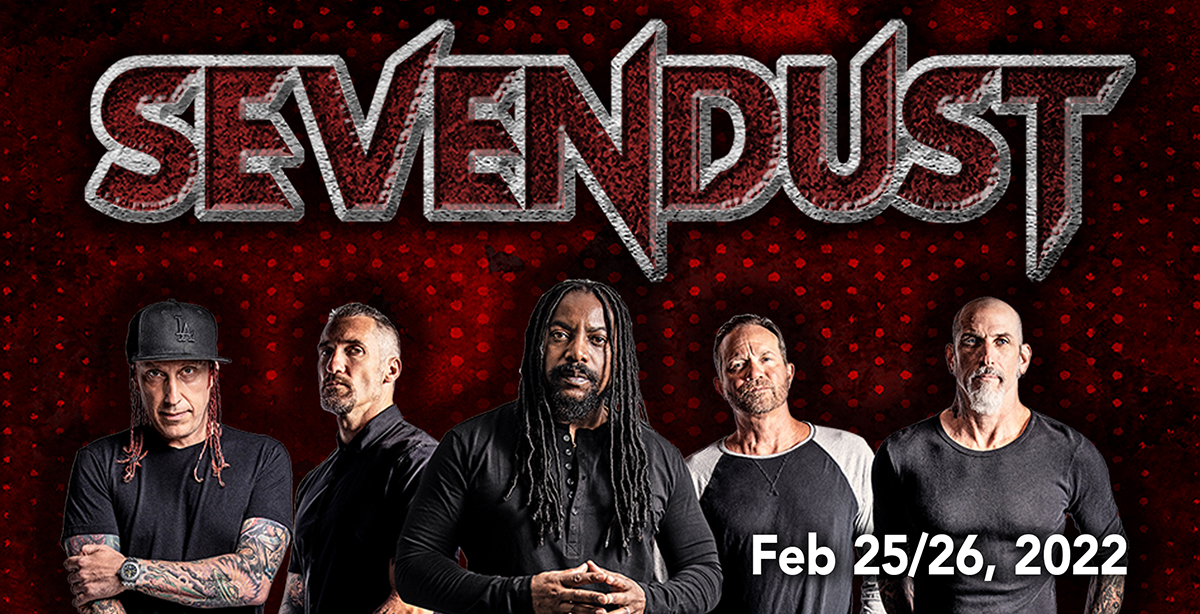 For nearly 30 years, Sevendust has stayed true to their blue collar roots. They’ve toured relentlessly, playing their unique blend of hard rock, nu metal and heavy metal to millions of fans. On February 25th and 26th, 2022, catch Sevendust doing what they do best—dropping the riffs—at The Island Showroom.

How many acts from 1994 still tour with their original lineup? Sevendust is a band of brothers that have seen it all. They’ve survived bankruptcy, addiction, divorce, robbery and more, and never gave up. They’ve come through stronger than ever and their new record, “Blood & Stone,” proves it.

As RockRevolt magazine says: “Sevendust definitely delivers for the long term devotees looking for their fix with their album ‘Blood and Stone’.”

Formed in Georgia, Sevendust’s legacy humbly began with their self-titled debut album. In its first week, it sold a paltry 310 copies. Then the song “Black” hit the airwaves and everything changed.

The album, along with Home (1999) and Animosity (2001) eventually went gold. Their unique blend of low-end guitar breakdowns and Lajon Whitherspoon’s soulful vocals have earned them devoted fans around the globe.

To date, Sevendust have released 13 studio albums. They’ve rocked millions of fans with blistering setlists and toured with a who’s who of great bands from the past 20 years including Korn, Disturbed, Machine Head, Mudvayne, Limp Bizkit and Metallica.

They’ve been on every late night TV show and were nominated for a Grammy. Sevendust is the most intense and hardest working band you’ll see this year.

The Soundtrack to a Generation

Sevendust has written some of the most iconic songs of the past 25 years. While never compromising their signature sound, they’ve always injected new ideas and new themes into the mix. They blended the genres of our era into one fist-pumping, head-banging sound. Drop some of these heavy jams to remember how pivotal the band has been:

Don’t Waffle, Get Your Tickets Today

Sevendust promises two unforgettable nights of high-energy music. Make sure you get your tickets to this banger before they’re sold out. They may be named after a pesticide but the fans keep coming back!