Hardy Brings His Loud & Rowdy Sound to The Island Showroom 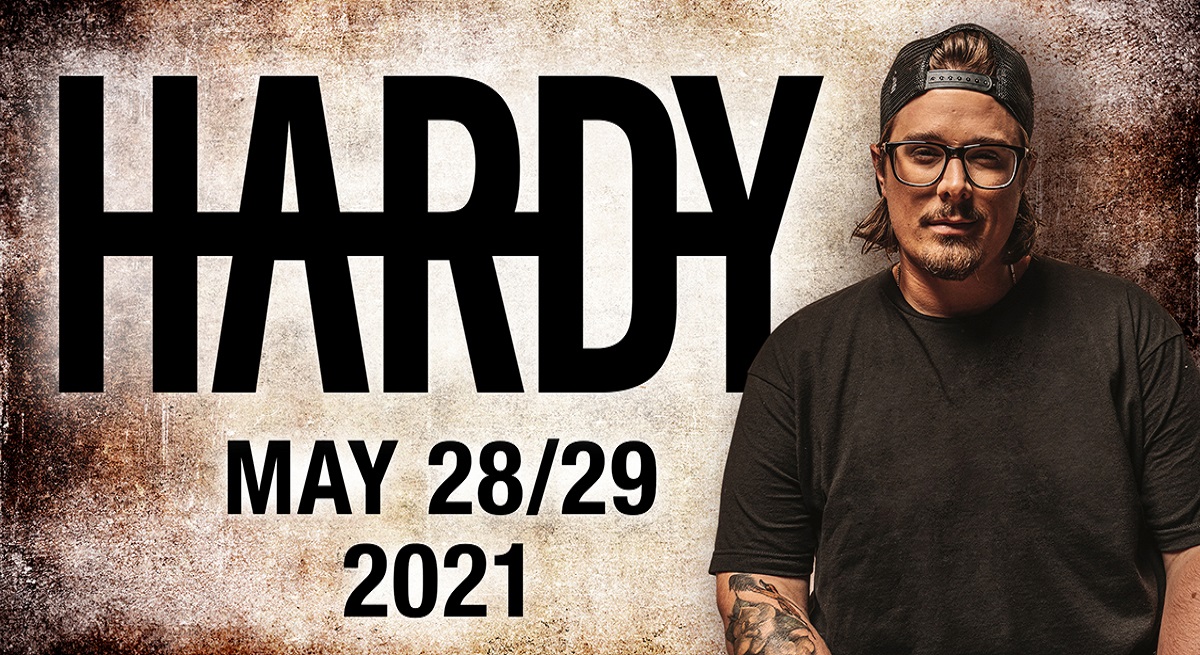 The country music of today is loud, proud and unapologetic. And Hardy, a talented singer/songwriter hailing from Mississippi, is one of the artists leading the way. You can see Hardy’s dedication to taking country music to the next level at The Island Showroom on May 28th and 29th, 2021.

Pushing the Boundaries as a Country Artist & Songwriter

Born and raised in Philadelphia, Mississippi, Hardy is a self-proclaimed “Rednecker”. And now a CMA and ACM-nominated songwriter, Hardy has written four platinum-certified #1 singles over 18 months.

These #1’s include Morgan Wallen’s “Up Down”, Florida Georgia Line’s “Simple”, Chris Lane’s “I Don’t Know About You” and Blake Shelton’s “God’s Country”. Check out Hardy’s songwriting chops by listening to these tracks:

According to American Songwriter, Hardy continues to “embody that classic country spirit while pushing the boundaries of modern radio music.” This statement rings true not only in his songwriting ability for other country stars but in his own boot-stomping releases.

Since his debut in 2018, Hardy has toured with Morgan Wallen during his If I Knew Me Tour as well as Florida Georgia Line during their Can’t Say I Ain’t Country Tour.

In 2019, Hardy released a countrified mixtape called Hixtape: Vol. 1, praised by Billboard as “one of the most ambitious projects of the year”. This album includes a variety of country heavy-hitters from Keith Urban to Tracy Lawrence.

Currently, Hardy has a Top 25 single “One Beer” that previews his debut album, “A Rock”. Listen here:

According to Hardy, he’s just a regular guy who has lived a normal life. He wants to share those things that made him who he is now through his music.

See the Talented Singer/Songwriter in Action

Don’t miss your chance to see one of country music’s most talented rising stars. Our box office is waiting for your call.