If You Build It…. 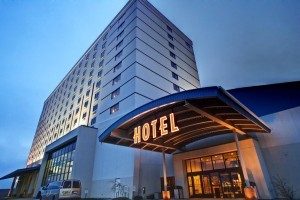 On February 16th, Hannahaville Indian Community Tribal Chairman, Ken Meshigaud and Island Resort & Casino General Manager, Tony Mancilla, announced plans for a $8-million expansion and renovation project at the Island Resort & Casino.
In regards to being a “total experience destination” Tribal Chairman, Ken Meshigaud expressed the following: “ Through the years, the Hannahville Indian Community had undertaken projects to enhance and promote the Island Resort & Casino, making us a leader in the Midwest gaming resort and golf arena as well as offering employment opportunities to well over 700 persons. “We remain committed to both as we re-invest in the operation, offering additional amenities and enhancements to our guests.”
These “enhancements” will be completed over the course of the next twenty-four months and will include:

As General Manager, Tony Mancilla stated, “The project is in its early stages, but our guests will see many changes quite quickly.” “The management team and employees at the Island are excited about these new amenities allowing us to be a full-service resort for customers both locally and regionally.”
The new expansion/renovation project comes a mere four years after the completion of the $2 million Convention Center expansion and renovation project which completed work in May of 2011. Other notable renovation and expansion projects that Island has undergone in the past ten years include:

To read about other milestones in the history of the Island Resort & Casino, please visit the “About Us” section of our website!
Be sure to subscribe to our blog as well will be providing continuous updates on the progress of this new project! Also make sure to follow us on social media for “behind the scenes” looks at the progress.