Mind Blowing Magic With The Clairvoyants 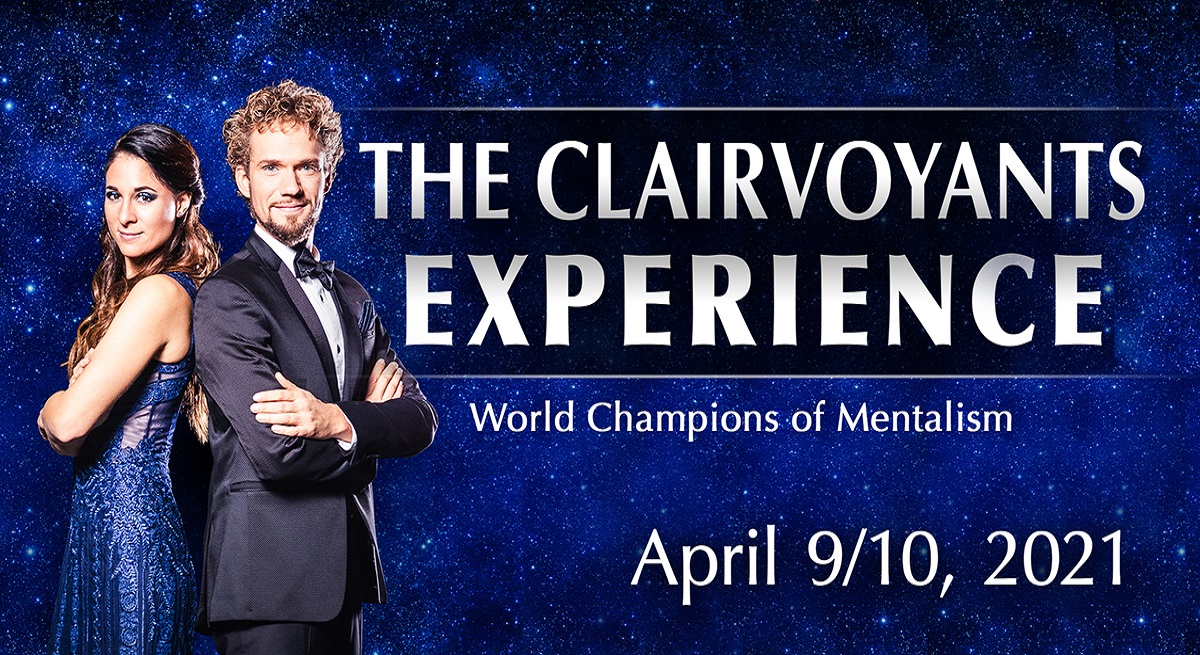 Life won’t seem quite the same after telepathic duo Amélie van Tass and Thommy Ten bring their mind reading wizardry to the Island Showroom on April 9th and 10th, 2021. These Austrian illusionists will have you scratching your head and second-guessing everything you know about magic and the human mind.

Conjuring Up an International Sensation

The Clairvoyants began developing their act in 2011. It didn’t take long to see they were going places. Within a year they were wowing crowds across Europe with their full-length show.

In 2014, the duo saw their way into America where they toured their act for six months. After that, they were offered a featured spot with “The Illusionists”—the largest touring magic show in the world.

From the Sydney Opera House to Broadway, The Clairvoyants have wowed audiences around the world. The best-selling magic show in Broadway history has racked up some impressive accolades including:

See why Amélie and Thommy have made such an impression world-wide and why audiences continue to be astonished by their E.S.P. expertise. Here are a few clips to give you a glimpse into your future at The Island Showroom:

The clips are impressive, but nothing will compare to seeing these masters of mentalism live and unedited. You’ll see their prophetic proficiency firsthand and experience their full-length spectacle.

A Creative Show That Blends Mind Reading and Magic

You never know for sure what you’ll see at a Clairvoyants show but you can bet it will blow your mind. These consummate professionals combine mind reading, illusions, prop magic and high production values to create a totally unique experience. Add lots of audience participation and head-spinning trickery and you’ve got a night the whole family will remember.

“The Clairvoyants are some of the most consistent live performers in the contemporary magic and mentalist scene. They put on a spectacular show every time they step on the stage.” —Markos Papadatos, Digital Journal

Second Sight for a Second Night

The Clairvoyants will perform two nights this April. Don’t second guess getting tickets for this highly entertaining show that everyone is sure to enjoy.