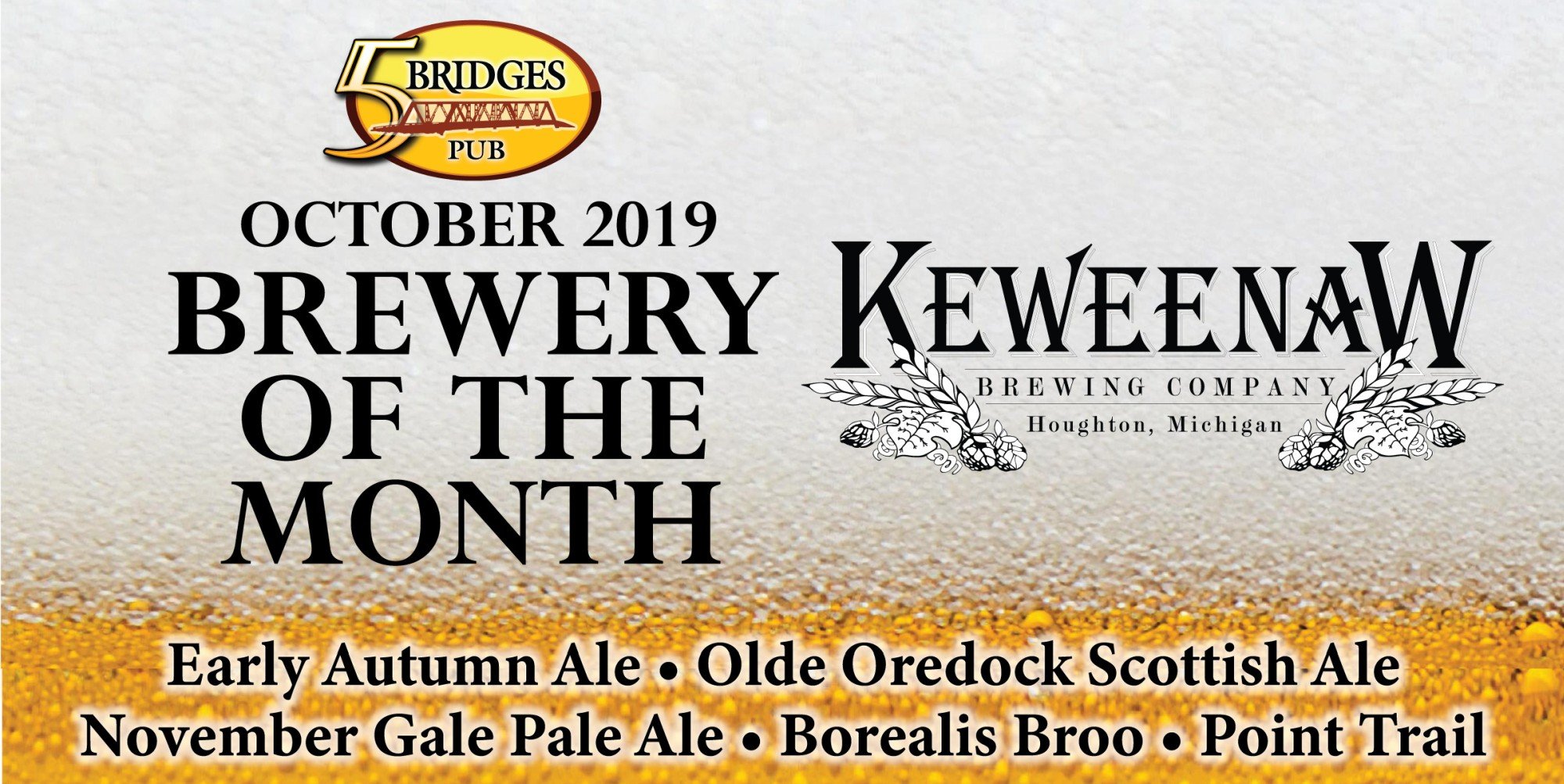 The Keweenaw Brewing Company opened in April of 2004. Located in the middle of downtown Houghton on the historic Keweenaw Peninsula of the Upper Peninsula, the KBC, as it is known to the locals, produced over 400 bbls in the first year of operation. With the goal of turning beer drinkers into craft beer lovers, they have grown since then, tripling the size of their taproom. In 2007 they added a wholesale brewing and canning facility in nearby South Range and increased saled to over 12,000 barrels by 2018, making them the 8th largest brewery in Michigan for in-state sales.

Must be 21 or older to consume alcoholic beverages.
Valid in Bridges Pub for October 2019 only. ABV = Alcohol by Volume.