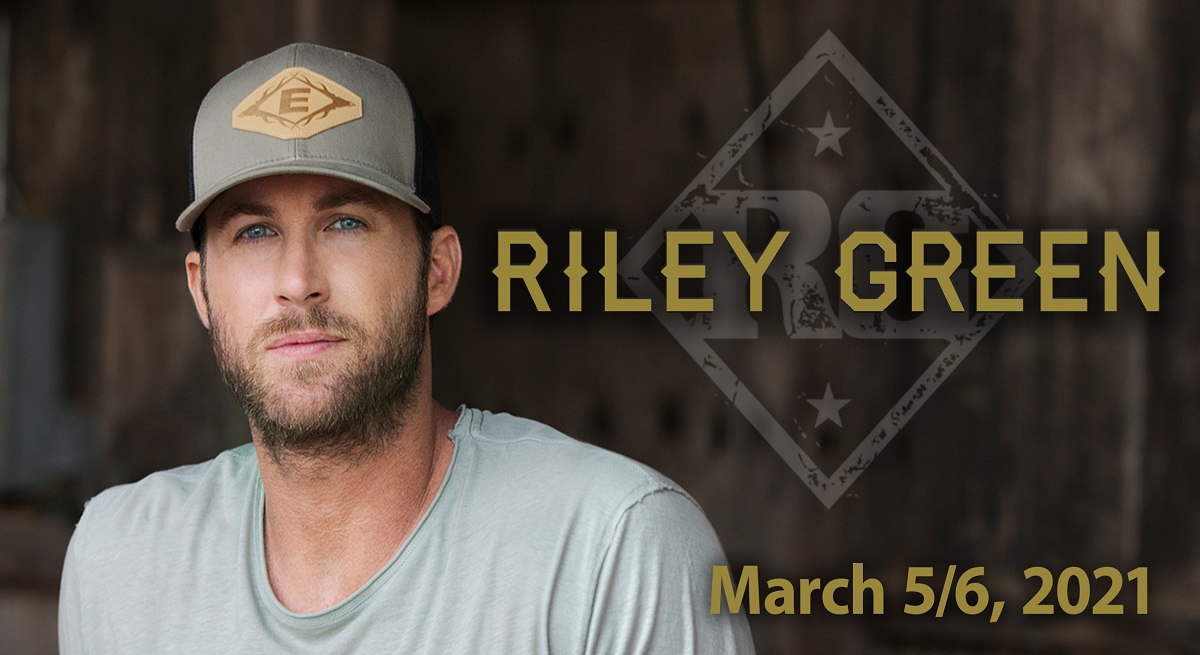 Things will be different ‘round here when one of country music’s hottest stars shines on The Island Showroom stage March 5th and 6th. Get your tickets to see why The Academy of Country Music awarded Riley Green the title of Best New Male Artist of 2020.

Riley Green took to the stage at an early age. His grandfather, Bufford Green, ran the Golden Saw Music Hall in Jacksonville, Alabama. Riley grew up to the sounds of country, bluegrass and southern gospel music. He learned the craft of songwriting and performing from his grandfather and the artists the club hosted every Friday night. You could say he graduated from old school.

After attending Jacksonville State University, Riley got his first big break on the CMT show Redneck Island. In 2013, he recorded his self-titled debut EP and found his audience in 2018 when it received a wide release.

Riley’s first full-length album “Different ‘Round Here” launched him onto the country music charts in 2019. “There Was This Girl” was the first hit followed by the sentimental favorite “I Wish Grandpas Never Died.” The album proved that there was an audience for all the songs Riley had labored over.

The album’s success landed Riley a headlining spot on the Outlaws Like Us tour with multiple sold-out stops. He’s also toured with Brad Paisley, Jason Aldean and Jon Pardi. Green was selected to be a member of the Opry’s NextStage Program, fulfilling his childhood dream of performing on the Grand Ole Opry stage.

An Outlaw and a Traditionalist

Riley Green likes to do things his own way. He embraces the outlaw spirit of country music but also knows his roots. He proudly wears the influence of the great singers and songwriters who came before him like an old pair of favorite boots.

His music is a nod to the past while looking inward through Riley’s own heartfelt experience. He tells the story of a southern man trying to find his place in the world. Crack a cold one and check out some of Riley’s favorite tracks:

The sky is the limit for this talented musician with his finger on the pulse of country music. Chances are he’ll be at the heart of it in another few years. Don’t miss your chance to see this exciting artist live. You can learn more on Riley’s website.

See Music Row’s Breakout Artist of the Year and iHeartRadio’s Artist to Watch. Riley Green promises to show why outlaws like us are still around and their music never goes out of style.