See Joel McHale in Action at the Island 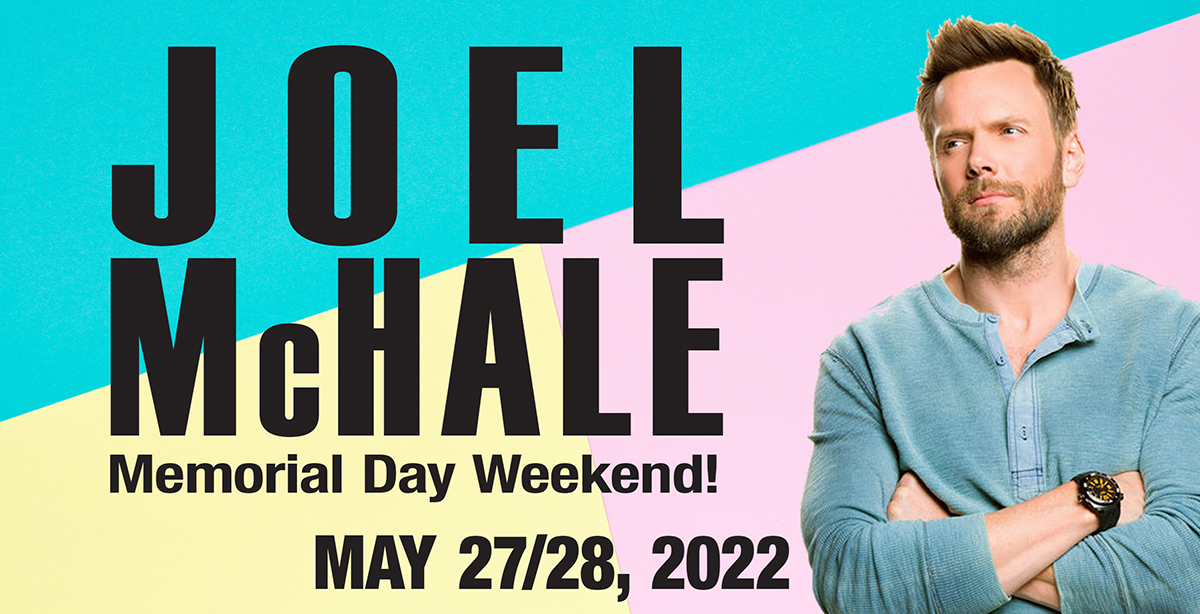 Comedian, actor and TV host Joel McHale will take the stage at the Island Showroom for two nights of comedy on May 27th and 28th, 2022, beginning at 8:00 p.m. ET. Funny and as real as they come, Joel will have you laughing from start to finish.

From “The Soup” to Stand-Up Comedian

When you hear someone say “Joel McHale” many automatically think of the hit TV show The Soup previously on E!, which was written, produced and MC’d by Joel himself. This pop-culture blockbuster gave us a glance into the lives of celebrities and the phenomenon that is reality TV—complete with Joel’s punchy one-liners.

Now, Joel has taken his comedy out on the road, performing for sold-out audiences across the country. He also continues to tour with comedian and actor Kim Jeong, famous for playing Leslie Chow in The Hangover.

One of Joel McHale’s most recent milestones includes hosting Crime Scene Kitchen on Fox and the release of his new stand-up special, Joel McHale: Live From Pyongyang. From discussing feeding alligators in the South to making fun of himself, his breakout special is everything you would expect from the comedian.

Want to warm up your funny bone before the show? Check out these videos of Joel McHale doing what he does best:

Where Else Have You Seen Joel McHale?

Joel McHale is an accomplished actor, TV host and comedian, involved in a wide variety of movies, TV shows and more. In 1984, Joel was a cast member on KING-TV’s Almost Live! as well as Will & Grace in 1998. In 2004 and 2005, Joel landed roles in Spider-Man 2, The Onion Movie and Lords of Dogtown. He also began writing and producing The Soup at this time, which took his career to the next level.

You may have also seen Joel on the hit comedy series Community, in the comedic thriller The Informant or with Steve Martin and Jack Black in The Big Year. Joel was also the host of the podcast, The Darkest Timeline with Ken Jeong and the host of The Tiger King and I, an after show made after the hit Tiger King.

Learn more about Joel McHale by visiting his website.

Laugh Till It Hurts With Joel McHale at the Island Showroom

Come enjoy a night of comedy with Joel McHale at the Island Showroom. You can grab your tickets by purchasing online, by phone or at the box office.