The Spotlight is on the Island Resort Championship at Sweetgrass

The 2014 Island Resort Championship at Sweetgrass took center stage during the 4th Annual Media Event held on Thursday, May 29th in the Island Convention Center. As a precursor to the big event, the annual media reception allows those “outside the ropes” to gain an insight as to what to expect during the tournament weekend and the events leading up to it.
Co-Chair of the Island Resort Championship, Tony Mancilla kicked-off the 2014 Media Event by unveiling the formation o 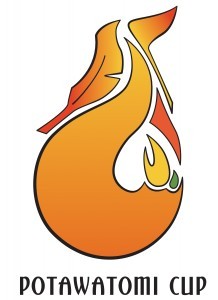 f the Symetra Tour’s Potawatomi Cup which will award players a bonus based on their performance at the following events:

The incentive-based points system will award the top-5 players a cash bonus at each of the events listed above. A total of $40,000 will be awarded with $8,500 available each week and an additional $6,000 going to the Potawatomi Cup winner who will be announced at the Prairie Band Casino & Resort Charity Classic. For more information on the point system for the Potawatomi Cup, please visit the Symetra Tour Website.
On hand from the Symetra Tour was Tim Kramer, Director of Tournament Business Affairs who touted the success and growth of the tour over the last year. Kramer pointed out that while the 2013 schedule played host to 15 events, the 2014 schedule had added and additional 5 events bringing the total to 20 which is the most that the tour has seen historically. With the addition of the Firekeeper’s Casino Hotel Championship & the Prairie Band Casino & Resort Charity Classic to the 2014 schedule, 1/5 of the tour schedule is now supported by a Potawatomi enterprise. Looking ahead to the 2015 season, Kramer hopes to build onto the schedule by adding up to 5 more dates potentially bringing the 2015 schedule to 25 events.

Attesting to the growth of the tour within the last year was University of Wisconsin graduate (3rd season with the Symetra Tour) Carly Werwie. Werie detailed life on the tour from a player’s perspective including the travel associated with the schedule and the bonds forged with fellow tour members.
While she may not be an official member of the 2014 Symetra Tour, Marquette native, Avery Rochester will be making an appearance at the Island Resort Championship. As a freshman at Columbia College, Rochester was awarded the amateur exemption for 2014 by the tournament committee. Rochester will also be joined by pro exemption Cheryl Mitchell. Cheryl has a special attachment to the tournament as she is not only a member of the Potawatomi nation but also competed as the pro exemption in the 2011 Island Resort Championship.
With only 3 events remaining until the start 2014 Island Resort Championship, the field of rising stars that will make an appearance at this year’s event is beginning to solidify. This is an event you won’t want to miss and tickets are on sale now! Event tickets are $10 & good for all 3 days. All ticket holders will be eligible for daily drawings. Over $2,000 in prizes will be given away for each day! Tickets can be purchased at the Island Ticket Office by phone at 877-ISL-SHOW or through a local charitable organization. Please visit http://www.sweetgrassgolfclub.com/symetra-tour-2014 to find one in your area.