The Best Things in Life are Free – December 2014 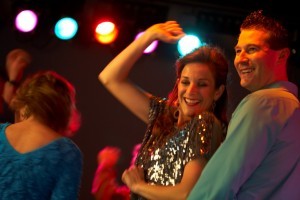 Check out our complimentary entertainment for the month of December!
Lounge Entertainment
Wednesdays thru Saturdays from 8:30 PM to 1:15 AM in Club Four One

Sweet Trouble
December 3rd – 6th
Sweet Trouble is a high energy, show band comprised of very talented musicians and vocalists. This popular band has been playing casinos, clubs, conventions, shows, dances, private functions, parties, fairs, and everything in between for over a decade. Sweet Trouble is on the road year-round with only short stops at their home base in Missouri. The Sweet Trouble Band primarily plays casinos and festivals around the Midwest and surrounding states stretching from the North Woods to the Gulf of Mexico.

Hoosier Highway
December 10th – 13th
Hoosier Highway was actually the brain child of Tom Zank and Jon Barrett; two singer /songwriters from Northwest Indiana. They began with a vision involving high caliber musicians, practicing their craft together at the highest level possible. This idea seems like one that all bands and musicians should strive to accomplish but assembling a group with the energy and talent to accomplish this proved difficult.
The current lineup of Hoosier Highway consists of Tom Zank on guitar and vocals, Mark Price on drums and percussion, Jeff Topp on bass guitar and vocals and Jon Barrett on Lead Vocals. The sound that comes from this group is the fruit of many tweeks, changes and adjustments made to the group since 2005. Hoosier Highway’s passion for what they do is evident at every show.

White Ties
December 17th – 20th
Veteran entertainers from the Midwest with a high energy, dynamic, fun filled show featuring a brother-sister duo with a blend of extraordinary vocals, soaring guitar leads and a rockin rhythm
section reminiscent of The Eagles.

Comedy Nights
Sundays at 7:00 PM in Club Four One

Carl Strong
December 14th
Carl’s brand of “Old School” comedy is blended with his love of Music and the MOTOWN GREATS. CARL’s show is a guaranteed feel-good-time! Carl is a consummate showman, who gives his all to his audiences, and then some! Carl has toured with and opened for the Biggest and Brightest Musical Superstars of our time, performing at concert halls, casinos and showrooms coast to coast with the likes of Paul Anka, Gladys Knight and the Pips, The O’Jays, The Whispers, Little Richard, Al Jarreau, Lou Rawls, Chaka Kahn, Dionne Warwick, The Guess Who, George Benson, Smokey Robinson and more…

Kathleen Dunbar
December 21st
Kathleen was the Comedy Winner in the “2003 Las Vegas Star Search” competition. In 2005 the Entertainment Consumer’s Exchange awarded the “Excellence in Entertainment Sunrise Award”. They awarded her again in 2006 and 2007 with the “Favorite Comedian” award. She is making her mark in Las Vegas and around the country. Born in Milwaukee, Wisconsin this comic has Midwest values and ideals. Now living in fabulous Las Vegas, she has developed into a sarcastic edgy woman with attitude and humor. Being a divorced mother has provided her with a quick wit and a realistic look at life. Her observation of the world around her is outrageous! Blended together makes for a very funny lady. Audiences around the country are praising this hilariously funny lady.

Gerry Grossman
December 28th
Gerry is a fabulously entertaining one man comedy rock and roll show, featuring tremendous audience involvement with a repertoire of thousands of hits.  His medleys of crowd requested hits are woven around his incredible comedy in a performance that keeps every audience rocking with music and rolling with laughter.  For over thirty-five years Gerry has been wowing audiences with his incredible ability to play virtually any old rock and roll hit, and doing it so that every crowd rocks with music, and rolls with laughter!  You will be involved in one of the really fun times you can still have with your pants on!