The Best Things in Life are Free – January 2015

Check out our complimentary entertainment for the month of January!
Lounge Entertainment
Wednesdays thru Saturdays from 8:30 PM to 1:15 AM
Club Four One

Passion
January 7th thru January 10th
Sensational Sarah Linn and the fabulous Rillera Brothers – Al and Ron, are the original founding members of the marvelously extraordinary group PASSION.  Joined on drums by newest member Myron “The Groove Master” McLean, these four personable entertainers will provide some of the most exciting, fun, and memorable “live” performances you will ever experience!

Topper
January 21st thru January 24th
Topper is a national circuit touring/recording band from Atlanta, GA, in business for over 30 years. They can cover virtually any style of popular music true to form vocally and instrumentally. Topper’s original music is hard driving, guitar oriented rock, featuring the five octave range of singer, Pete George. They can also write songs in any genre of popular music.(Rock,Pop,Country,etc) Topper releases product on their indie record label, Ring Records.
The show, Voices of Rock is just one example of Topper’s versatility. The band’s expansive song list can be configured to fit any occasion, whether it is concerts, clubs, casinos, festivals, corporate and private events.
This legendary band has toured all over the USA,as well as Europe and The US Virgin Islands. Topper has become an institution with it’s incredible long, successful run as one of the best live bands to come out of the Southeast USA. 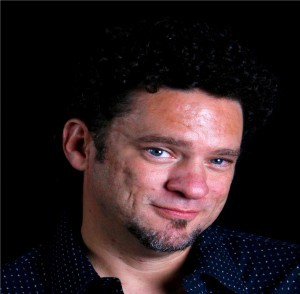 Rob Holloway
January 4th
Rob’s high energy impressions, hilarious sound effects and non-stop comedy will make you laugh until you fall out of your chair and leave you begging for more.  Rob’s popularity keeps him performing non-stop in casinos, comedy clubs and cruise ships all year long.  Rob has even appeared on stage with great comics including Richard Prior, Jim Carey and Kevin James.

Brad Tassel
January 11th
If you like your comedy positive, hilarious, crazy, silly, value oriented, and for everybody then BRAD’s show is for you! Brad is also a published author of humorous books.  He is part magician, part practical joker, and 100% fun.

Chad Zumock
January 18th
Chad Zumock is Cleveland, Ohio’s favorite son. The former 2.4 GPA Kent State college graduate captivates audiences with his brutal honesty and quick-slacker wit. His likeability is what connects him with all kinds of people and makes him a strong draw for a diverse audience. Chad performs at comedy venues all over the country, such as The World Famous Hollywood Improv, The Laugh Factory, and New York City’s Gotham Comedy Club. In 2005 Chad contributed to a humor book called, “Look at My Striped Shirt!: Confessions of the People You Love to Hate”. Published by Random House. In 2006 he was a writer on Comedy Central’s Roast of William Shatner. His stand-up can be heard on XM’s National Lampoon’s Radio. Chad was a regular on Spike TV’s “The Playbook” and as a correspondent for www.comedyjuice.com.