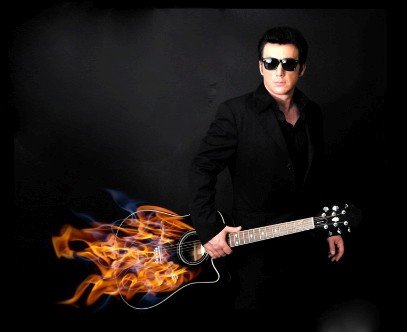 Check out our complimentary entertainment for the month of July!
Lounge Entertainment
Wednesdays thru Saturdays 8:30 PM to 2:15 AM
Club Four One

Risqué
July 8th – July 11th
Risqué is a four piece high energy variety-dance band from the Michigan area.
Errol Sanders, founder of Risqué in the early 80’s. also vocalist and bass player previously worked in show bands based out of Ohio.
Rico Sneed,  lead vocals, and guitar hails from Saginaw Mi. where he polished his skills as a energetic front man with several  bands before moving on to do a stint on The Royal Caribbean cruise line performing with one their top acts.
Steve Seward, drums and vocals has over thirty years experience and has performed with blues legend Albert King and R+B greats The Dramatics.
Yon Max-Aaron, keyboards and vocals has been with Risqué from the beginning, previously heading his own group “Magic” a popular smooth jazz band based from the Detroit area.

Tyler Stephens
July 15th – July 18th
Tyler was introduced to music at a very early age. His grandmother claimed that keeping a stereo player in the house during Tyler’s childhood was impossible. Tyler being a child in the early to mid 90’s while cassette tapes were booming knows what real country music is. At only 3 or 4 years old Tyler would visit his grandmothers daily to “punch the buttons” on the cassette player. But, “punching buttons” lead to strumming the guitar or shall we say beating the guitar. Tyler’s mother claimed she is lucky to have hearing left. She reported that over the years, Tyler has had every instrument imaginable in the house. Drums, Bass, Electric Guitars, Acoustic Guitars, Banjo, Harmonicas, and who knows what else. But, the guitar always seemed to wind up on top. She reports in the beginning she needed a pair of earplugs but over time and on into Tyler’s high school years she began to see the improvements that eventually one day struck her by surprise when she seen Tyler perform his first actual show with a band.
Now at only 21 years old, Tyler has set his sights on a successful musical career and never plans to look back. With countless performances behind him and national tours booked, Tyler looks forward to sharing his songs and love of music with fans for many years to come.

Doug Allen Nash
July 19th – August 1st
SESAC affiliated writer/publisher and Nashville recording artist Doug Allen Nash has performed internationally in over 85 countries while touring for USO, MWR, and Armed Forces Entertainment. He was a featured artist on the Armed Forces Network commercial in Europe, appeared on radio and television interviews as well as radio play on European Music Charts. Nash has also performed nationally from the Las Vegas strip to major casinos and resorts such as Sun Valley, Idaho, Opryland Hotel, and Taj Mahal in Atlantic City. He has been the opening act for Wayne Newton, Charlie Daniels, Huey Lewis and the News, The Oak Ridge Boys, Montgomery Gentry and other national recording artists as well as being the house band for the largest grossing venue in Texas, City Streets. Nash co-produced the trademark show ‘Almost Angels’, a long-running production in Atlantic City.