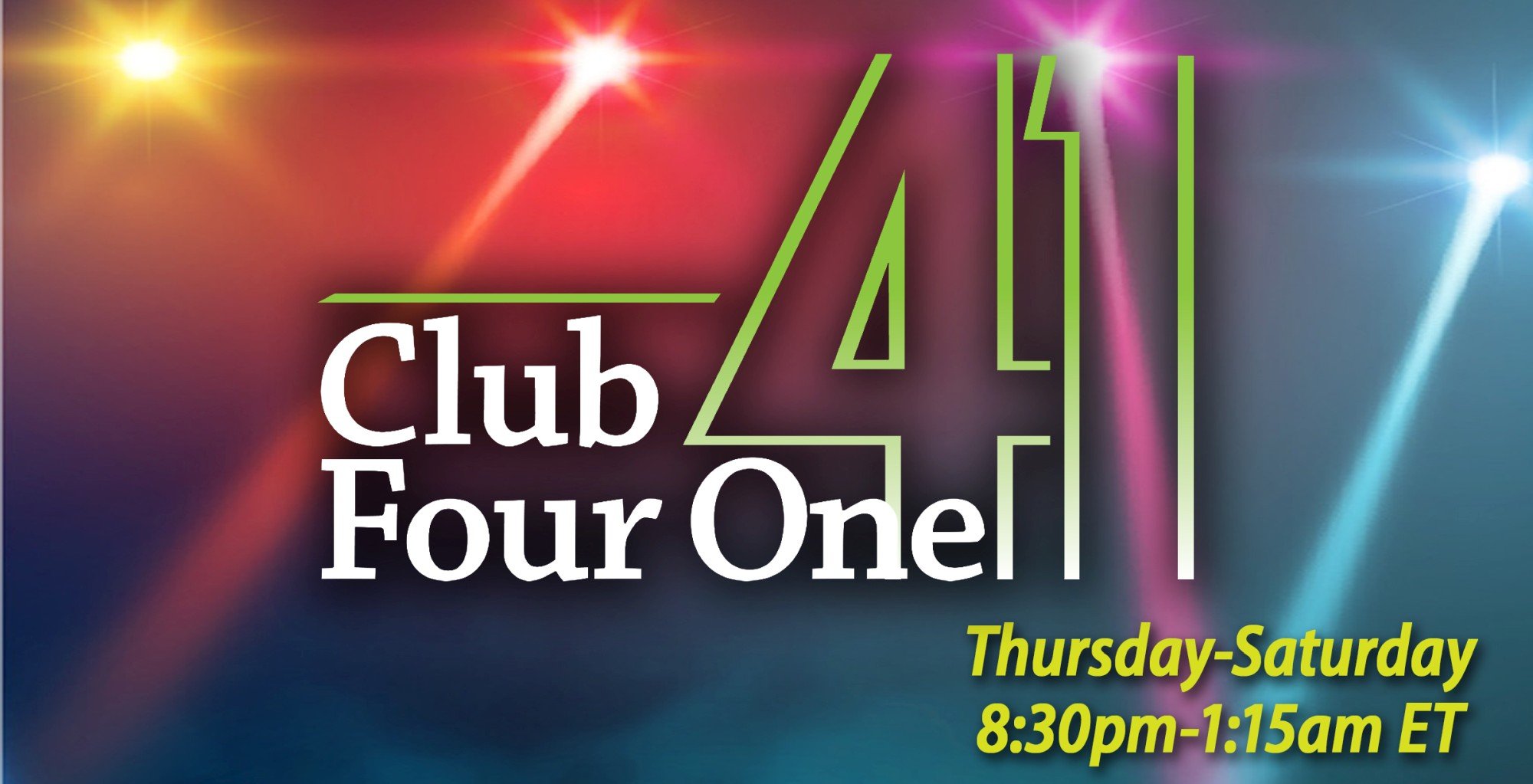 Enjoy the hottest live band entertainment and the funniest Bonkerz Comedy Club comedians from all over the country at Club Four One. Admission is free!

Over the past decade, Andy Beningo has established himself as one of the hardest working comedian in the business. Performing his clever, “every-man” style of material has led to some 300 dates a year – taking him through 38 states and into Canada. Along the way, he has appeared on AXS Gotham Comedy Live, as a finalist on CMT’s Next Big Comic, and regularly on the Bob and Tom radio show. Andy has been hailed for his clean style of comedy, resulting in being named “Best Comedian” by both the Detroit Metro Times and Detroit Hour Magazine. His rare ability to find humor in subjects like growing up the middle child, his short lived career as a middle school teacher and our society’s obsession with technology has made him a crowd favorite in audiences nationwide. Andy continues to accumulation radio & TV appearances, including being heard on XM Sirius Radio and overseas on the American Forces Network. Appearances on the Night Shift with Kevin Ferguson, the Comedy Time Network and Comcast’s Open Mic have been well received. In addition to standup, Andy has starred in the commercial for Pay Anywhere and landed a role in the film The End of the Tour starring Jason Segel.

Zach Martina as seen on NBC, with Louis Michael

A supportive family, a loving relationship and kids who adore him, that’s the American Dream. Unless you’re Zach Martina, then it’s a recipe for skepticism and anxiety. Using his sarcastic wit, creative wordplay and a loveable arrogance, Zach brings his big personality to crowds across America as they wonder, “I don’t know what he’s freaking out about, but it’s pretty funny.” Performing for audiences across the country and at events such as the Oddball Comedy & Curiosity Festival, The World Series of Comedy and the Laugh Your Asheville Off Festival, Zach has had the good fortune to share the stage with the likes of Dave Chappelle, Flight of the Conchords, Hannibal Buress & Rory Scovel. Zach brings an energy all his own and points the finger of blame at every single person; except himself.

Halli Borgfjord is a comedian and writer based in Los Angeles. A first-generation Icelander who was raised in Michigan, Halli has been seen on AXS Live TV and heard on the nationally syndicated Bob & Tom Radio Show, XM satellite radio, and on his album “Have you been Borgfjorded Lately?” which debuted at #2 on iTunes Comedy. Over the years Halli has performed all across North America and made his way to being a regular at the best clubs in LA. Additionally, he has performed at numerous comedy festivals most notably the Laugh Your Asheville Off Festival, the inaugural Big Sky Comedy Festival, and the Cabo Comedy Festival where he was a finalist in the Jack Rollins rising-star showcase. In addition to stand-up, Halli studied sketch and improv at the UCB Theatre in Los Angeles.

Bizarre luck and horrendous timing have followed Dobie since his birth. Dobie has developed over the years into a strong and seasoned live performer who now headlines his own shows. His energy on stage and ability to vanquish hecklers are legendary. He has long been a “comic’s comic”, but he has finally realized that its CUSTOMERS that pay cash for tickets, not other comics.

Mike Mercury as seen on Comedy Central, with Greg Willett

An ear for turning everyday life into comedic, gems, Mike’s smart observation humor, audience interaction and lightning-quick wit is a sure-fire hit with any crowd. Mike is one of the few entertainers with the versatility to succeed in just about any venue. So if you like comedy clean, quick and clever, you’re gonna love Mike.