The Best Things in Life are Free – October 2015 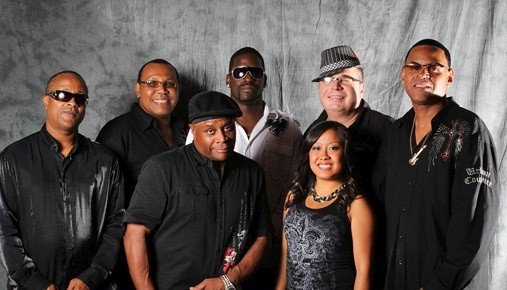 Check out our complimentary entertainment for the month of October.
Lounge Entertainment
Wednesday – Sunday 8:30 PM to 2:15 AM
Club Four One

Doug Allen Nash
October 2 – October 3
SESAC affiliated writer/publisher and Nashville recording artist Doug Allen Nash has performed internationally in over 85 countries while touring for USO, MWR, and Armed Forces Entertainment. He was a featured artist on the Armed Forces Network commercial in Europe, appeared on radio and television interviews as well as radio play on European Music Charts. Nash has also performed nationally from the Las Vegas strip to major casinos and resorts such as Sun Valley, Idaho, Opryland Hotel, and Taj Mahal in Atlantic City. He has been the opening act for Wayne Newton, Charlie Daniels, Huey Lewis and the News, The Oak Ridge Boys, Montgomery Gentry and other national recording artists as well as being the house band for the largest grossing venue in Texas, City Streets. Nash co-produced the trademark show ‘Almost Angels’, a long-running production in Atlantic City.
It is because of Doug Allen Nash’s great performances and charisma that he received the United States Department of Defense’s Certificate of Esteem Award, Certificate of Appreciation Award, Republic of Korea’s Apple of Excellence Award, and inducted into the South Dakota Country Music Hall of Fame.
Doug Allen Nash was raised on a farm in rural Northwest Illinois just 2 1⁄2 miles from the Mississippi River. He began his journey as an entertainer at just five years old by performing at talent shows, school functions, and social events. He had formed his own band by the time he was 12. At age 20, Nash began performing around the globe. It was during this time Nash met other great entertainers including the legendary Johnny Cash.
Doug Allen Nash has performed many styles and varieties of music over the course of his career in the entertainment business and continues to perform with passion. He is currently performing “Johnny Cash Tribute – American Icon”. It is in this production, Nash debuts one of his own songs “June” co- written and co-produced with Jeff Silverman in Nashville, TN. Engineering mix by Grammy Award Winners John Carter Cash and Chuck Turner at Cash Cabin Studio in Hendersonville, TN.

Blackwater Sage
October 7 – October 10
Blackwater Sage is a national touring, All-Star band with international session/touring credits bringing their own brand of Southernality to your city.

Final Mix Show Band
October 14 – October 17
FINAL MIX serves up the latest in R&B, Jazz Fusion, Blues, Hip Hop, Rock & Roll and original material. The leader and songwriter of the group is DEL “SAXMAN” JONES. For Del, blowing smooth sounds from his saxophone is as natural as his heartbeat. After many years of playing his soprano, alto and tenor saxophones, this internationally acclaimed musician and front man of FINAL MIX is taking the band’s sounds and high-energy performance around the world.
FINAL MIX’s story began in Seattle, Washington in 1989, where some of its members were originally part of another band called the C.C. Ryders. The C.C. Ryders performed at the world-class Grand Hyatt Hong Kong Hotel for the grand opening of JJ’s nightclub, which soon became the crown jewel of Hyatt’s flagship entertainment center. It became one of the most popular stops in all of Hong Kong. C.C. Ryders took their familiar blend of nostalgic American R&B, Funk and Rock & Roll across Asia (to Bangkok, Singapore, Taipei, Japan, Guam and Indonesia—just to name a few), and around the world. They drew entertainers, dignitaries and celebrities (including Kenny G, Whitney Houston, Bobby Brown, Jean-Claude Van Damme, Naomi Campbell and even Prince Charles and the late Princess Diana). The band’s popularity led to their 1994 release of “Live at JJ’s” on the BMG International label.
In 1999, FINAL MIX, a well-polished and respected act, became the newest reincarnation for Del “Saxman” Jones. FINAL MIX has performed on Carnival Cruise Lines for several months, touring from New York to the Caribbean. They have entertained the sophisticated crowds of Naples, Florida, and rocked the house at popular Mississippi casinos. They have excited crowds all across the country with their energetic shows—from the east coast to Minnesota, from Colorado to South Dakota—even Las Vegas. FINAL MIX has also entertained fans internationally, in such hot spots as Switzerland, Paris and London. They have performed with big names in the industry such as Al Green, The Commodores, Chubby Checker, Buddy Guy, Delbert McClinton, Neal Sadaka and many more.
Saxman received the honor of being inducted in the Blues Hall Of Fame of his native state of Iowa. This really validates his exceptional talent.
FINAL MIX is always on top of the hottest hits and stays up-to-date with the latest demands of the market—from corporate gatherings, weddings, parties and casinos to nightclubs. FINAL MIX shows are a visual treat—the band’s unique and distinctive choreographed style accents their top-notch musical talent.

Time Trax
October 21 – October 24
From the Rock-N-Roll Hall of Fame capital of the world Cleveland, Ohio to Southwest Florida, Time Trax travels nearly everywhere performing a wide variety of dance floor packing music at night clubs, casinos, resorts, hotels, festivals, and special events. Their large song list of classic and current dance music enables them to thrill nearly any audience.  Time Trax can play  50′s, 60′s, 70′s,  80’s, 90′s, and today’s best current music.  Time Trax is a class act known for their professional and energetic shows, sharp stage attire, along with a fabulous sound and lighting production.  Because of the band’s ability to captivate crowds and cover popular genres of music, Time Trax has become one of the most popular and well respected cover bands to come out of Northeast Ohio. 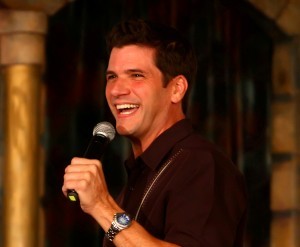 Dean Napolitano
October 4
A hilarious stand-up comedian, Dean is also a recognizable actor who has made over 50 TV and Movie Appearances.  Dean is the co-star of the internet sitcom “Hollywood Handyman” and a comedy correspondent for ABC’s Good Morning America.  Dean’s Credits include HBO’s Montreal Comedy Festival and “From Earth to the Moon” as well as guest starring roles on popular shows like “Vegas” “The Shield” “Heroes” “Dirty Sexy Money” “What About Brian” –and more. Dean brings his own unique views on family life and humor in everyday situations. 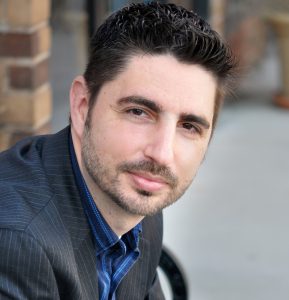 Myke Herlihy
October 11
Myke is originally from Manchester, CT.  Myke Herlihy is the most “loveable jerk” you’ll ever meet! After spending thirteen years behind bars…(serving drinks, not time) Myke now takes his Bartender’s wit to the comedy stage. Myke’s laid-back style will quickly put you at ease, and while you’ll sometimes find yourself laughing WITH him…You’ll always be laughing AT him. 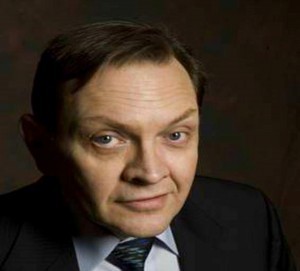 Larry Reeb
October 18
Known as Uncle Lar’, Larry Reeb is the wise-cracking black sheep, politically incorrect relative everyone knows. Like any concerned relative Uncle Lar’ wants to help. So in his own twisted way he does. He gives you “tips”. Uncle Lar’ offers tips on everything from marriage to lotteries to children. Always topping them off with, “That’s a tip from your Uncle Lar’.”Reeb is a strong, distinct, classic character, with sarcastic attitude and a sardonic wit. He conveys his concepts with rapid fire one liners. “It’s a sick world and I’m a happy guy”, Reeb proudly announces after stating his particularly twisted observations. Reeb didn’t invent obscene phone calls or adultery, but he makes his living talking about them. In a perfect world Uncle Lar’ would be unemployed. 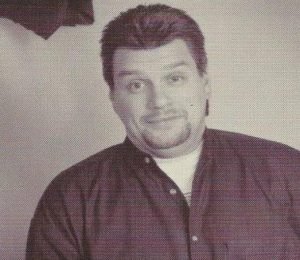 Bob Jay
October 25
This Chicago-based comedian is a master at voices and impressions, a skilled comedian and an all around crowd pleaser who can relate to any audience.  Be ready to be impressed!