The Island Heats Up to 98° This Fall

Home » Blog » Entertainment » The Island Heats Up to 98° This Fall 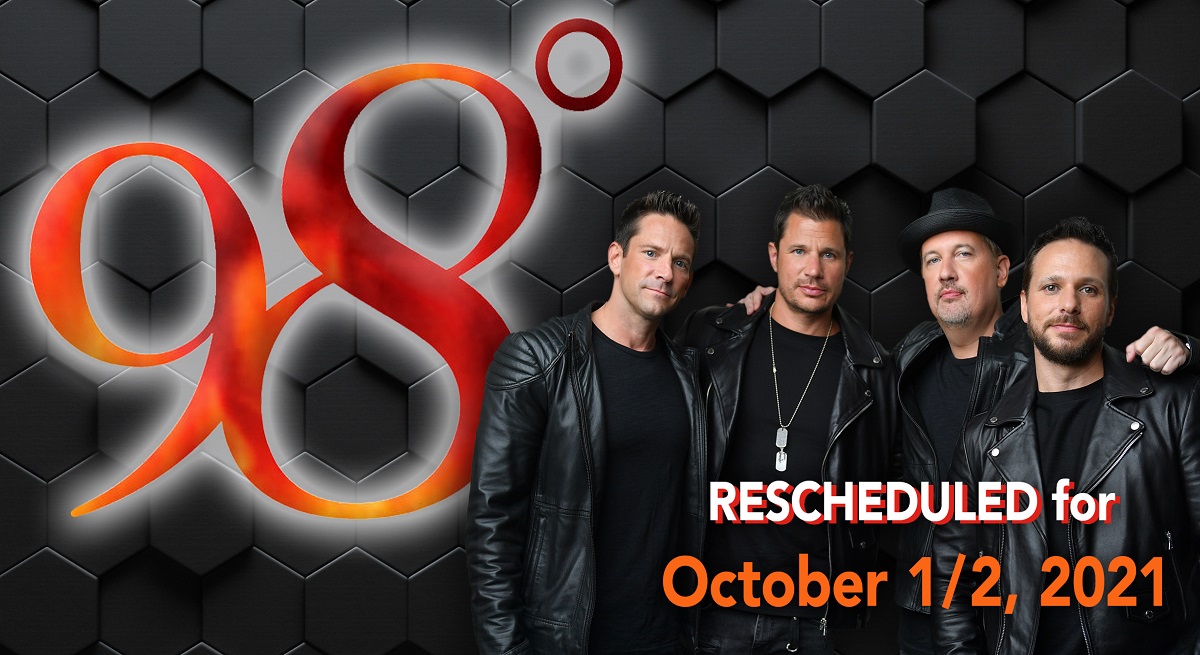 Four-part harmonies and smooth jams are forecast for October 1st & 2nd, 2021, when the Island Showroom experiences a wave of unseasonable grooves. Because of you—the fans—Jeff Timmons, Justin Jeffre and the brothers Lachey are making a stop in Michigan’s Upper Peninsula for two nights of their biggest hits.

The Boy Band That Set Their Own Rules

98 Degrees has always done things their way. The road to 10 million records was paved with an earnest love of R&B music and a commitment to creating a sound true to their own vision and the artists that inspired them.

Dropping out of school and working odd jobs, the boys wrote and refined the songs that would become their heartfelt blend of Motown and soft ballads. They cultivated their sound, look and presentation until that fateful Boyz II Men concert when they were discovered during a live radio broadcast. They soon toured with Janet Jackson and released their first hit, “Invisible Man.”

The band went on to record six albums and have eight number one hits, including:

The 98° catalog defined the sound of popular music in the late 1990s and early 2000s. But after performing with Usher and Luther Vandross at the Michael Jackson: 30th Anniversary Celebration and in the wake of the 9-11 attacks, the quartet decided to take a break. Except for a TV special in 2004, it would be another decade before they sang together again.

In 2013, 98° tested the waters with an appearance at Pennsylvania’s Mixtape Festival followed by a tour with New Kids on the Block and Boyz II Men. Encouraged by fan response and their own love of being on stage together again, the group hit the road in 2016 for a headline tour. They followed up their success with a second Christmas record. 98 Degrees continues to perform worldwide as a group and as solo artists.

Timmons joined members of Backstreet Boys and *NSYNC for VH-1’s “Mission Man Band” and Nick Carter’s Sci-Fi feature “Dead Seven.” Jeffre made a bid for mayor of Cincinnati and remains active in many causes.

Their talents shine in whatever they do but sizzle hottest when they’re together under the spotlight singing the songs that made them a household name.

Don’t miss your chance to see 98° reunited and hotter than ever. Get your tickets today and see why fans all over the world call these velvet-voiced vocalists “My Everything.”