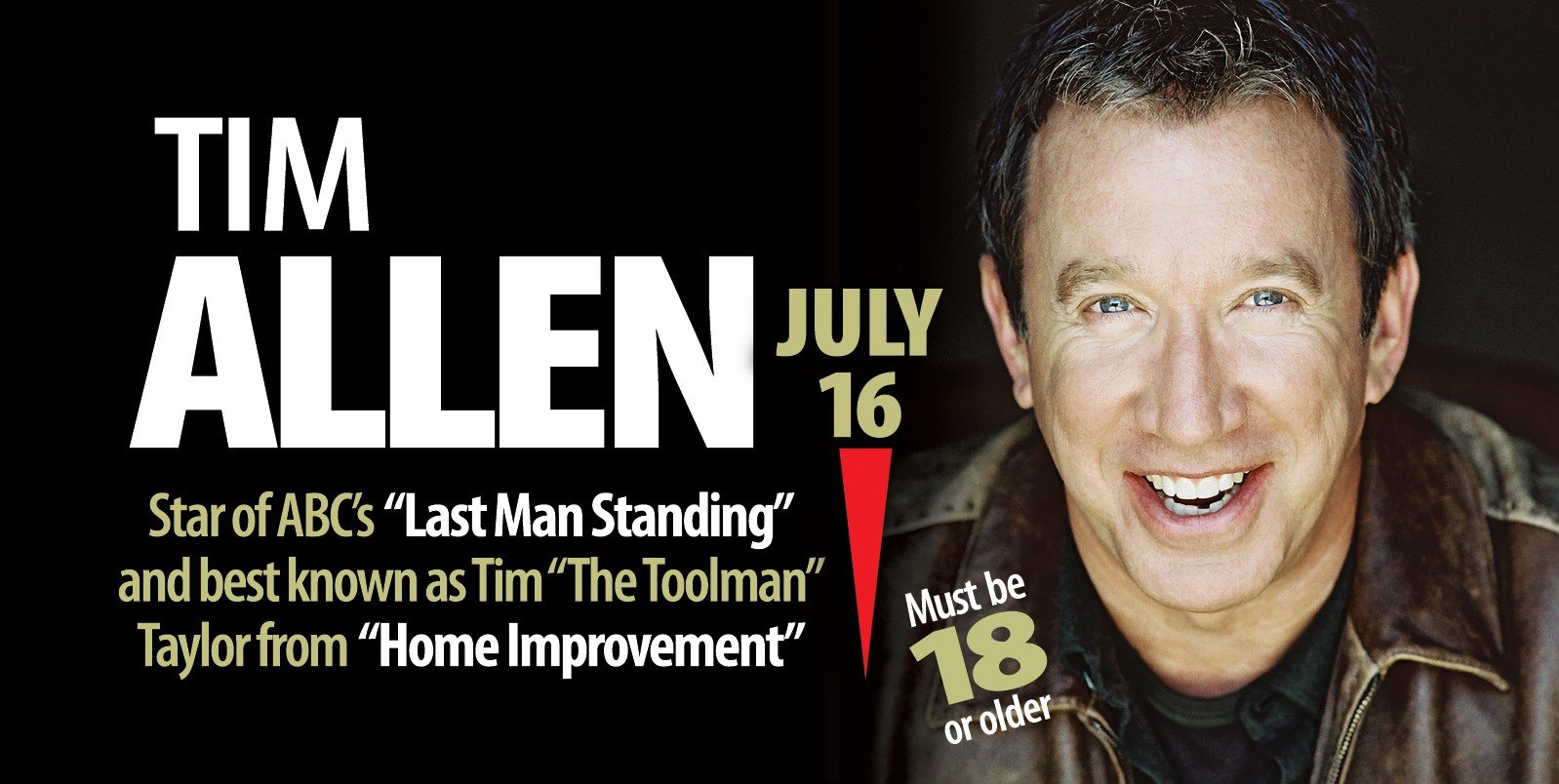 Once this initial post has been made, it will be followed up with the question

“What is the name of Brett Eldredge’s second album”

The first person to correctly tweet a reply to the question will win two tickets to Tim Allen’s performance in the Island Showroom.
Participants of “Ticket Tuesdays” must be at least 18 years of age or older and may only win one pair of tickets during the month. Winners are not eligible to win another Twitter Tuesdays promotion for a minimum of 60 days. Winners will be announced on Twitter and will be messaged with instructions on how to claim their tickets.