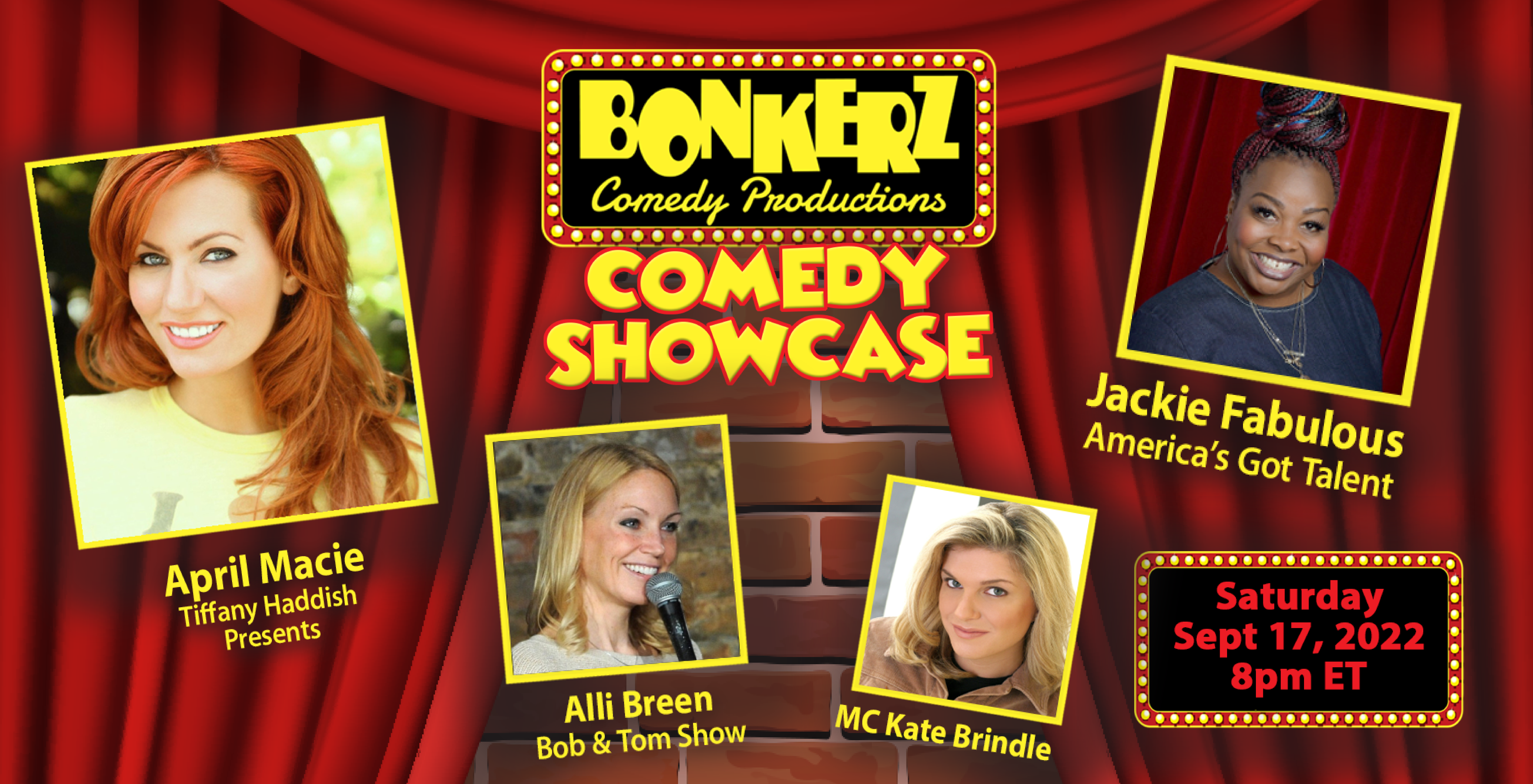 Headliner April Macie was once voted the “Funniest and Hottest” comedian in America by Howard Stern. She is currently starring in the Tiffany Haddish Presents: They Ready Comedy Special on Netflix. And is also a regular on the Bob and Tom radio show.

Other featured comedians include Jackie Fabulous — who was featured on the Tonight Show with Jimmy Fallon and was a recent semi-finalist on America’s Got Talent. Alli Breen hosts the Dear Alli segment on the Bob and Tom show, is a frequent guest on Sirius XM and entertains our troops overseas! And finally, Kate Brindle has been described as original and hilarious. She charms audiences with her witty and sassy brand of humor—a rising star among comedians!