Dennis DeYoung and the Music of Styx 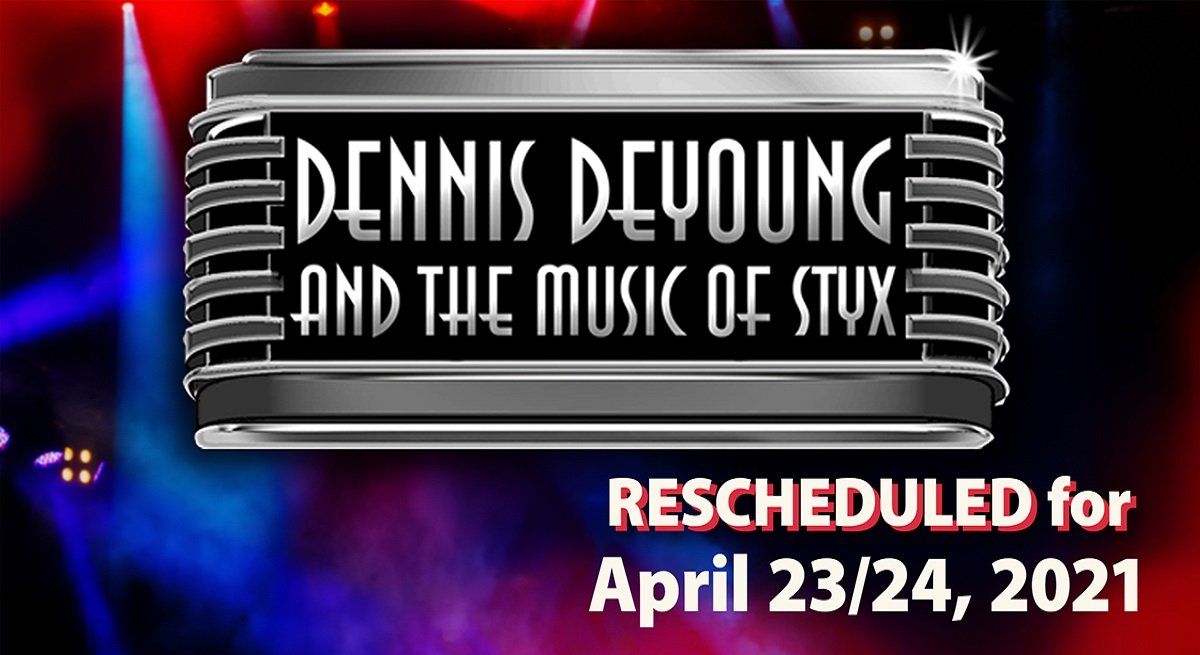 Dennis DeYoung is a founding member of the rock group Styx. The Chicago-based band originated in 1962 when 14-year-old DeYoung and brothers John and Chuck Panozzo joined Dennis in the basement of his childhood home to form one of America’s most successful and enduring bands. Styx has sold over 35 million albums worldwide and DeYoung has written eight of their nine top ten singles. Styx was the only band to ever record four consecutive triple platinum albums.

For over five decades, DeYoung has been a singer, songwriter, keyboardist and record producer. He wrote and sang several classics including: Lady, Come Sail Away, Best of Times, Mr. Roboto, Show Me the Way, Desert Moon, Don’t Let It End, and the 1979 Peoples Choice Award winner, Babe. His singing talents have made his voice one of the most recognizable in the world. DeYoung has recorded 7 solo albums including Desert Moon, whose title track achieved Top Ten status.