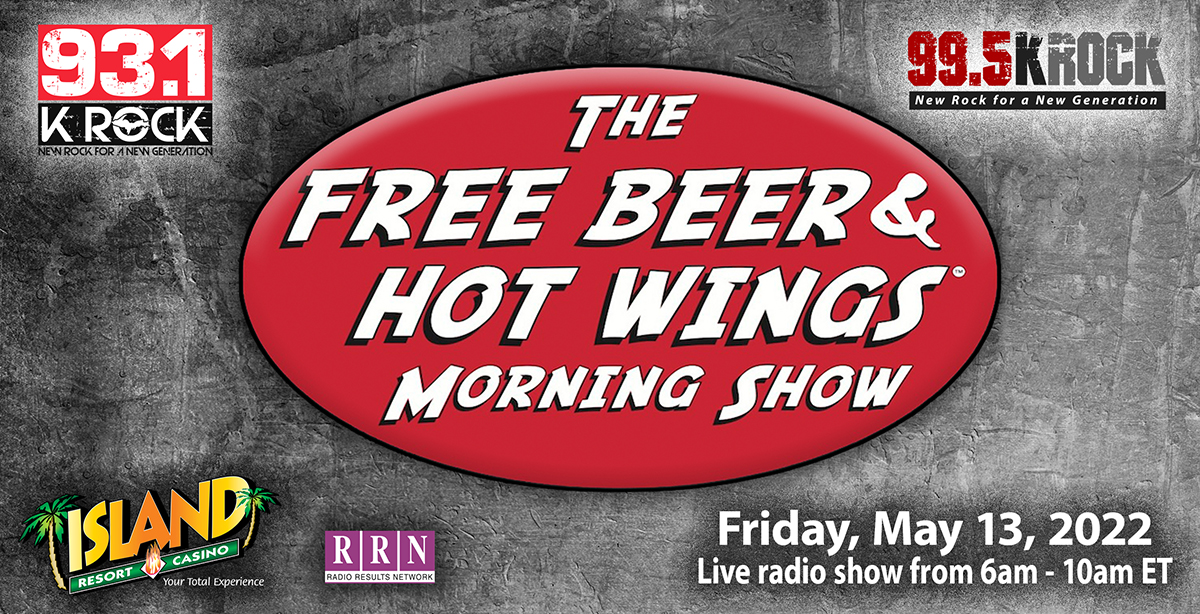 The Free Beer & Hot Wings Show began as an afternoon show in Omaha, NE, in March of 1997. The Show, comprised of former Central Michigan University roommates Gregg Daniels and Chris Michels, eventually moved to mornings several months later where they remained until the summer of 2000. After moving to Knoxville, TN, then New Jersey, the “Free Beer & Hot Wings Show” began full syndication in 2004. Joe joined the show in 2005, followed by Steve in 2009 and Kelly in 2019. The show is now heard on radio stations in 26 different states.