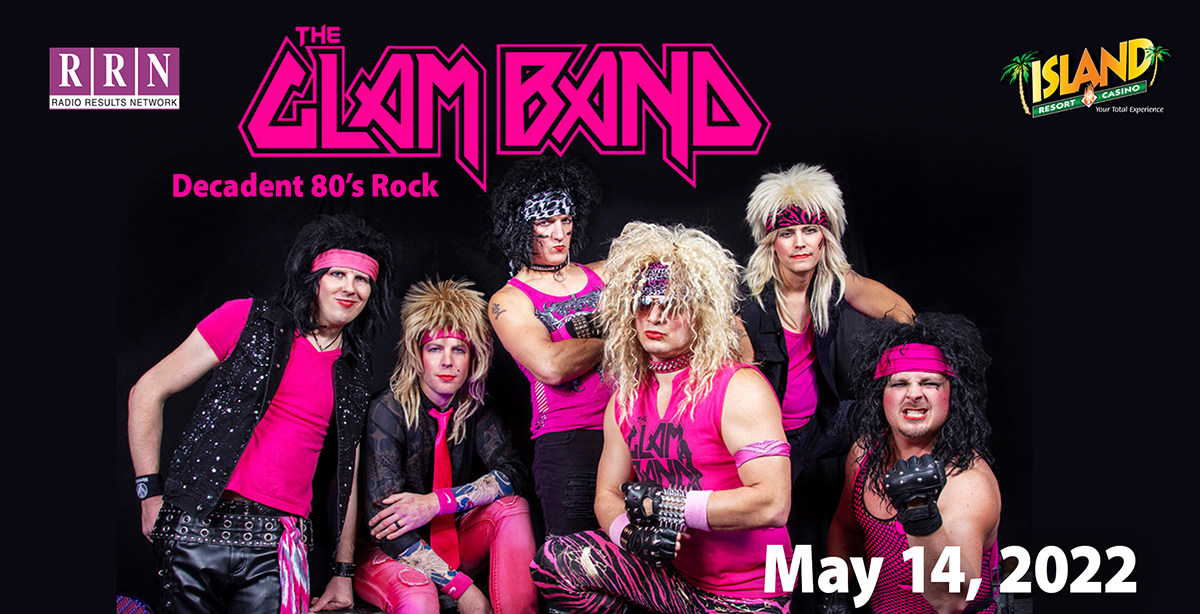 The passion and spirit that The Glam Band brings to the stage is unmatched in the world of cover bands. Combining an all star performing group with the costuming, hair and makeup of the 80s Glam Metal era creates a multi-sensory experience for those in the audience.  Anyone with an appreciation of 80’s rock will love this group and their energetic interaction with the crowd.

A few friends sitting at a bar talking about how cool 80’s rock was led to an inaugural show on a Tuesday night at Riders Saloon in Kimberly, WI back in 2007. The crowd reaction at that first event was unbelievably positive, and The Glam Band was born!  The band started out as a 5 piece ensemble, and later added a keyboardist in 2013. This 6 piece band is now in their 15th year of bringing a KILLER decadent 80s rock show to venues across Green Bay, WI and the Fox Cities and now the U.P.