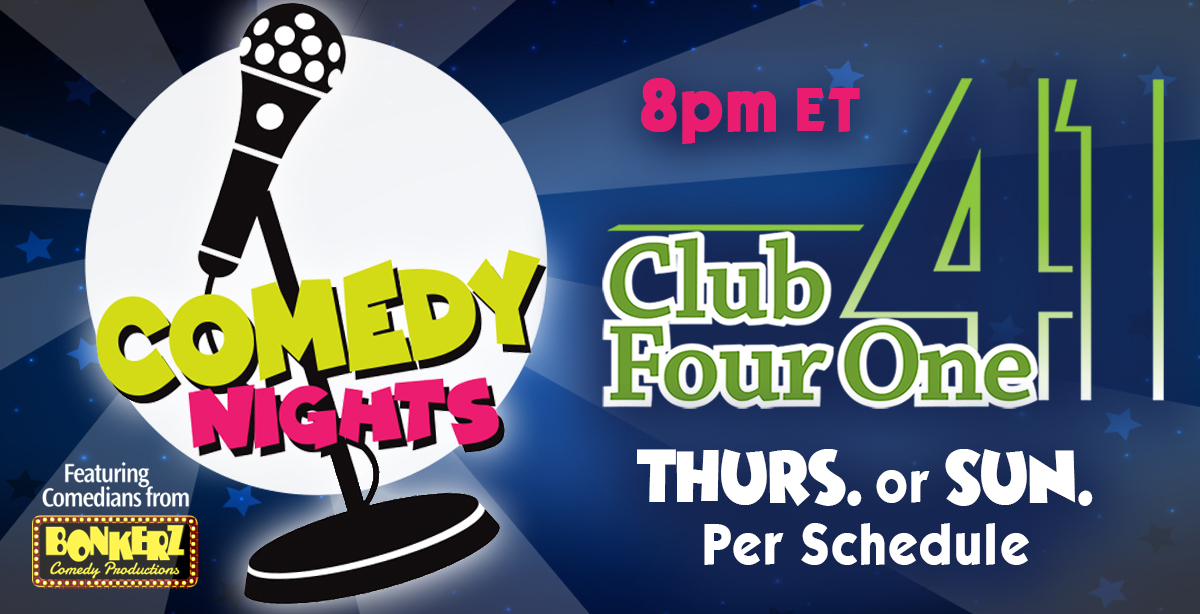 Laugh it up on new nights as Comedy is now being held on Thursdays OR Sundays at 8pm ET! Held in Club Four One, Comedy Nights feature a different nationally touring comedian from the Bonkerz Comedy Club each week. Check out our list of upcoming comedians for the month of December.